When it comes to what genre in the entertainment universe deserves the phoenix award — recognition for being near death to suddenly rising in popularity once again — there’s only one clear winner: pinball.

And the catalyst that set pinball on its upward trajectory can be blamed, at least partially, on a New Jersey coin-op distributor and operator turned pinball manufacturer, known as “Jersey Jack” to those in the know. To those that aren’t, his name is Jack Guarnieri.

You see, pinball spent the latter half of the ’00s in a state of living death. Stern Pinball, then the only pinball company left, had put out some solid machines before 2005 (Spider-Man, The Lord of the Rings, The Simpsons Pinball Party), but it soon found itself having to cut costs to survive. The company eventually had to compromise on the quality of the games it was shipping and wound up axing significant top talent to make ends meet. This was a time where every Stern Pinball release felt like it could’ve been the pinball world’s last.

Then Jersey Jack announced that he was getting out of the coin-op distribution and operating business, and was going to pursue pinball manufacturing. And the pinball industry exploded.

Jersey Jack Pinball promised that it was going to create a game the likes we’d never seen before. It would be based off of the Wizard of Oz, and would feature a high-definition LCD screen in the back box, replacing the antiquated dot-matrix display pinball had been using for almost three decades. The game would also feature color changing LEDs instead of cheaper general illumination bulbs. Showing he was serious, Guarnieri snagged famous rules designer, coder, and ex-Stern Pinball employee: Keith Johnson (The Lord of the Rings, The Simpsons Pinball Party).

Jersey Jack Pinball also wound up inspiring smaller, wannabe garage developers to try their hand at pinball development. There’s an entire article waiting to be written on the successes and failures that happened with these groups, which is still ongoing for some. The point being, Jersey Jack Pinball’s Wizard of Oz project was the needle that injected some much-needed competition into pinball’s veins.

I got a chance to talk with “Jersey Jack” Guarnieri about the industry, where he thinks pinball is heading, and the trials and tribulations of producing his second game: The Hobbit. 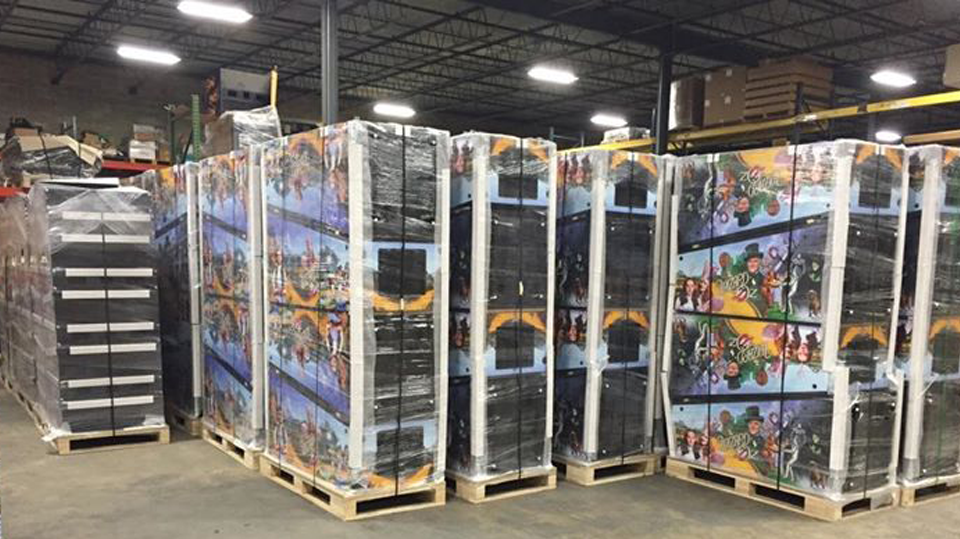 GamesBeat: For those reading who don’t know about Jersey Jack Pinball, can you give a little history on the company?

Jack Guarnieri: I started to repair electro-mechanical pinball machines in 1975. I fell in love with pinball and started to revenue-share commercial locations, develop game rooms, and amusement centers — and started PinballSales.com in late 1999 to sell commercial arcade games to the consumer market.

GamesBeat: Are you still running a coin-op product distribution business as well as being a pinball manufacturer?

GamesBeat: Pinball is in a weird place right now. Seven years ago, the only major pinball developer and manufacturer left in the world was Stern Pinball.

Then a few years later, Jersey Jack Pinball announced they were entering the production side of the market. That announcement, combined with the explosion of crowdfunding, which saw all these ’boutique’ and small garage operations saying, “Hey! Me, too! I want in as well. We can create a pinball machine as well!”

Guarnieri: We started Jersey Jack Pinball on January 1st, 2011 — the people who first believed in me and then our team created the company. They funded the company and we rewarded them with an amazing first game [Wizard of Oz].

GamesBeat: For the record, I put in work as a freelance artist with one of those operations — Skit-B — on an unannounced project. Obviously, because of the legal mess surrounding Predator, that project likely isn’t happening anymore.

Maybe I am preaching to the choir more so than asking a question here, but it seems like a lot of these operations entered the business with a mobile phone game philosophy. LIke, they can easily handle coding a game and putting together an art package … maybe even put together a real-world prototype, but it seems like a lot of them hiccup on the manufacturing part. Like, they aren’t acknowledging that at the end of the production cycle, they have to actually build a fleet of big, heavy cabinets with complex wiring and assembly. This isn’t just tossing a file up on the Apple iOS store.

How huge of an undertaking was it for Jersey Jack Pinball to face the issue of manufacturing? It had to be an expensive infrastructure to put in place.

Guarnieri: You can visit us and see millions of dollars in parts and all that it takes to build a commercial arcade pinball machine at the level that we design and build at. It’s a big undertaking and while most anyone can build one game, not many can build thousands of games as we have.

GamesBeat: I remember hearing about some of the smaller pinball developers working out a deal to use your facility to manufacture their games. That seems like a smart way to get the facility to recoup some of its cost and keeping the assembly line from sitting idle waiting for the next Jersey Jack product. How has that worked out so far?

Guarnieri: We have not worked with anyone that could get us a game that was ready for production. I see us being very busy for a long time to come. 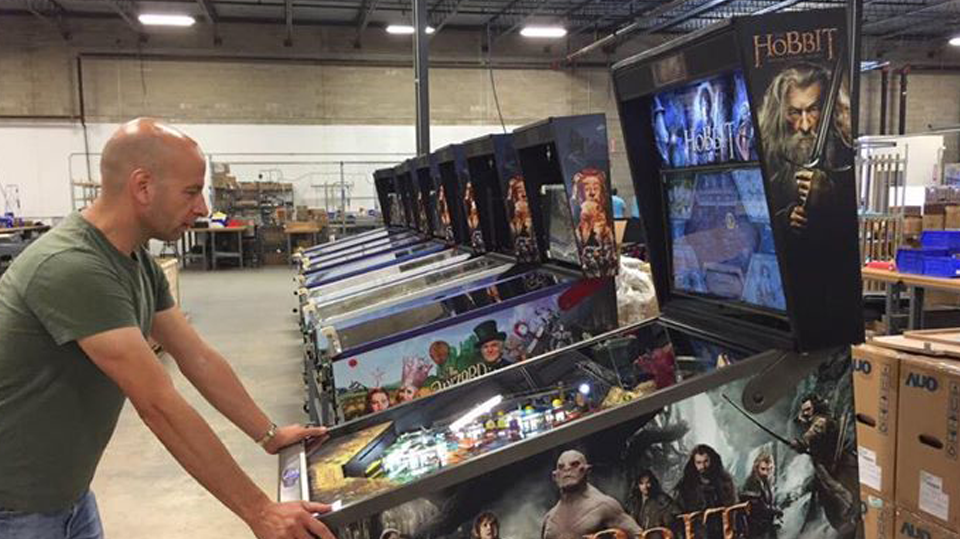 GamesBeat: Since the boutique developer explosion in pinball, there have been a lot of shady things happening. There was a point where Predator’s licensing dirty launrdy got exposed, which even I didn’t know how bad it was being a semi-insider, and Popaduik’s delays, and then there were questions about the Big Lebowski project from Dutch Pinball being legitimate, and honestly — Jersey Jack Pinball was having some Wizard of Oz issues and delays with development on The Hobbit.

There was this window of time where all of this was hitting, and I’d just sit there thinking, “You know, what the hell is going on here?! It feels like amateur hour and no one can deliver anything they’re promising!”

Do you feel that all of these missteps, from so many sources, have hurt your capability to move product and gain customer trust?

Guarnieri: I can not speak to anything you mention as I have no first hand information. We designed and built an amazing game with Wizard of Oz. We did the same with The Hobbit.

As people who do not know everything involved to do anything, we can only guess. How much effort goes into becoming a Heart Surgeon? Nobody knows unless they do it themselves.

When he received his Wizard of Oz last year, and he is now waiting for his The Hobbit.

We open our doors to everyone that wants to visit. We have not hidden or avoided phone calls. We are transparent to get information to our customers so they know what we are doing. I just came back from Pinball Expo and that was great.

GamesBeat: Speaking of customers, from my perspective, you’re working to appease three groups in pinball: the operator, who has to put the machine out on public location and hope to earn money from the quarters people throw into the game; the high-end collector, who will pay insane prices to get a game new-in-box to put in their basement of garage; and the player, who has to enjoy the game enough to keep coming back and dropping cash into the machine — or possibly graduate to collector status.

How do you prioritize who you market a Jersey Jack Pinball game to? And perhaps you can go over how, as well? To me, these three customer types seem to have very different wants and needs.

Guarnieri: What you say is true, but the common denominator is the game must be fun. It must be challenging, but not too difficult, and have a deep ruleset, while not being frustrating.

There is a delicate balance and we put a lot of time and effort into this formula. We are not salespeople first, we are played and lovers of pinball, and technicians, and operators.

We believe we know what makes great pinball and that’s what we want to build.