GamesBeat: One piece of Unity’s value has always been, “Use us and we’ll get you to all those platforms.” But now Google says that. Google can take an Epic game, say, put it on their data platform, and get it everywhere. There are different ways to get it everywhere now.

I also think that–I would agree with Phil on a lot of things. Their vision of their world is different than I think what’s actually going to turn out. I think there will still be people who build games for PlayStation. There will still be competitive ecosystems. I don’t think PlayStation will say, “Hey, you paid Phil X amount of money, so you’re welcome to play your game on the PlayStation.” I think they’ll end up with some business complexity in that, which makes it hard for the consumer. I also think they’re going to have a hard time when a game is living on an AWS server and they want to play on a PlayStation. Where does Stadia fit in that?

GamesBeat: If I were Sony, I’d still make a PlayStation 5.

Riccitiello: I know what’s happening there, and I won’t tell you. But there’s more stuff coming. It’s not over.

GamesBeat: Comments like that make me feel like I’m in a chess game where I don’t know where the pieces are.

Riccitiello: It’s going to be a healthy competition out there. As it plays itself out there–one of the other issues is that to legitimize a platform you need content. We’ve never seen a successful platform that didn’t have a boatload of proprietary content. Right now, so far–and by the way, I’m a big believer in the platform from Google. But the only proprietary content you’ve heard about so far is Jade Raymond. It’s going to take a couple of years to turn her capability into a product. This going to play itself out in the same way it always does.

GamesBeat: Google must be, what, [5.2] times the value of Disney, even with Fox included? The market is valuing the big tech companies and the big companies with data centers more than it values the content kings.

Riccitiello: Let’s be clear. The big platform companies have different multiples. I think approximately Google is at 10-times. Apple is at three, because they’re not growing as fast. Microsoft is in the middle. EA and Activision are at five and six times revenue in terms of their market cap. But content companies are always at a discount to all platform companies, because platforms in theory are eternal, as time has proven. PlayStation is still a big business. Xbox is still a big business. Google is a big business. They hold their value. Content companies have a hit requirement. They have to keep producing. The street tends to ascribe less value because there’s more volatility.

But the fact that the street’s been putting a higher value on platform companies has been true forever. That’s not new. In fact, if you go back to before the current generation of hardware, all the game companies were down to 2-times and 2.5-times, because the story at the time — even though I was telling them they were wrong — was that mobile was going to overtake and console was never going to come back again. PC was never going to come back again. You should discount EA, Activision, Take-Two, and Ubisoft. They were all at really low valuations. Then in the fall of 2014 we saw hardware again and bingo, it all happens. The values recovered.

The vagaries of the street are hard to interpret and hard to believe in. Is it right or is it wrong? You can’t really say. It just is. 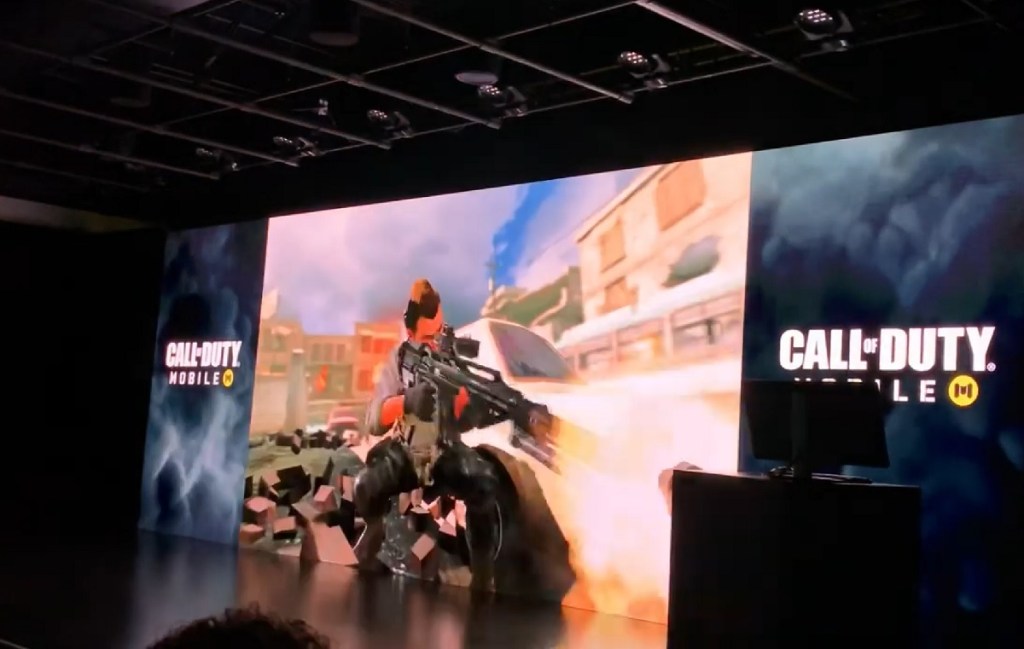 GamesBeat: There is one area where I think you are doing something more interesting, which is going beyond gaming. It made me think of that Black Mirror: Bandersnatch thing, the choose-your-own-ending interactive film. That seems to be a way to spread interactivity to more people. The way the Angry Birds people think, a certain number of people are going to play their game, but if they take the same brand, the same content, out into the movies, they can reach even more people.

Riccitiello: I did the math myself, so I can’t claim this is 100 percent true, but I think the top 25 intellectual properties in the world were all games. One through 25. To say that you get to more by making a movie–I mean, the top few games now are approaching $10 billion. That’s the size of Warner Bros., and they had how many movies and how many TV shows?

Games have so overshot all other forms of media. Unity, just Unity games, on a quarterly basis, reach more people than watch television on the planet. We reach more people than watch TV on the whole planet Earth. That’s one company’s ecosystem in the game industry. We do pretty good on reach. We reach a couple billion people a month. I don’t know that there’s more reach in any medium other than gaming.

GamesBeat: I feel like interactive storytelling is new, and it can do more.

Riccitiello: You have a $150 billion industry that’s non-interactive storytelling. But there’s a lot of storytelling that goes on. Tell me there’s not a story to GTA or Red Dead or Battlefield.

GamesBeat: I think about–my mom would never pick up GTA, because it has a game in it.

Riccitiello: Lots of companies have created interactive stories in their games. I go back to Walking Dead with Telltale and so on. They’d reach hundreds of thousands, if not millions of people. I’m not saying you’re wrong. I’m just saying that’s an interesting point of view. It’s not borne out by the facts. The facts are that games reach an insane number of people.

GamesBeat: I started thinking about it when Rovio said they reach 4 billion people. How do you reach the rest of the world? Those probably aren’t gamers.

Riccitiello: Well, remember that no movie reaches even 4 billion. Okay? The point is, it’s already reaching more. Apex Legends, in its first week, reached more people than have watched anything in the history of Netflix. Nothing has reached as many people on Netflix as played Apex Legends. It’s not like we’re running out of–it’s not like you look to the other medium and say, “There’s more people there.” But you could also be Star Wars. Star Wars, you make a game, make TV shows, make movies. They reach a lot of people because they get the benefit of all of it. There are definitely some people that aren’t gamers, but it’s not like–I’m tracking 3 billion gamers.

GamesBeat: The only thing I thought didn’t sound right coming from Google was–if only we made these hardcore games available to so many more people who don’t have these machines, then we’ll get some doubling or tripling of the audience.

Riccitiello: I’ve told Phil this. I’m going to come across a Call of Duty video on YouTube, and it’s going to cause me to want to play the game. These guys spend hundreds of millions of dollars marketing Call of Duty. It’s the number one game. It’s everywhere. It’s on every platform. There was a beautiful mobile game on our stage that you saw. Call of Duty is reaching–it doesn’t occur to me that there’s another 50 million people that want to play that game. If they do exist, why would they be watching the video on YouTube? By the way, Call of Duty has been buying ads on YouTube for years.

My sense is that Call of Duty — give Bobby Kotick a lot of credit — has been managed and marketed to perfection. I don’t know if it’s found its market peak. I can believe it gets bigger. Maybe it gets 10 percent bigger, 15 percent bigger. It’s been growing at those kinds of rates. Maybe on top of whatever they might achieve with what they do with Call of Duty, and this mobile game is going to reach a lot of people–take all of that into account, all that growth, maybe a streaming platform can add something to that. Maybe it’s 10 percent, maybe it’s two percent, maybe it’s nothing. I don’t know.

But I don’t know that your mother is going to be cruising around on YouTube to begin with. If she is, she’s unlikely to pick up GTA and Call of Duty as a consequence of seeing a video there. How about my daughter? My daughter knows all about Call of Duty, and she doesn’t want to play Call of Duty. She likes the Sims. I do think that there is some number of people who find a $300 or $500 hardware platform foreboding. It’s hard to get over that hump. But that’s what eBay is for. You can buy a console for next to nothing.

GamesBeat: It’s hard to figure out where the next billion players come from.

Riccitiello: Remember, the number of players has been growing, mostly as a consequence of mobile, by hundreds of millions every year. Order of magnitude, there are 3 billion people gaming. If streaming didn’t exist, in five to seven years there’s going to be 4 billion people gaming. I’ll tell you exactly why. In the next decade or thereabouts, a whole bunch of people over 80 are going to die. Something on the order of 25 percent of the world’s population is over 65. If you took that 25 percent of the world population — call it 1.5 billion people — the gaming penetration for that group today is probably three percent. I’m the oldest gamer I know. [Laughs]

When that group dies, the group that’s being born in that same 20 years will have an 80 percent game penetration. As 1.5 billion people die and get replaced, we’ll add a billion gamers. That’s going to happen. What facilitates that and makes it easier? Streaming will make it easier for some people to come onto a platform, because there’s no purchase price. Mobile has done more for the number of gamers in the world than anything, because it puts a compute device in everyone’s hand. AR and VR will start to attract some portion. Who knows exactly how many? And who knows what comes after?

By the way, I don’t think streaming is really going to be what we have, exactly. There will be all sorts of solutions that are streaming-like in terms of getting products to people.