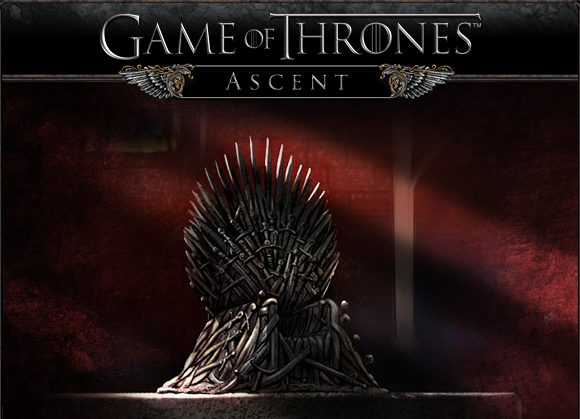 When Jon Radoff thinks Game of Thrones, he thinks social game. Wait, what?

Disruptor Beam is Radoff’s latest gaming company, and he’s producing Game Of Thrones: Ascent. Disruptor Beam has the exclusive rights to the property for social games. Radoff was insistent that this wouldn’t be your standard social game, however, even though it’s meant for a web browser. 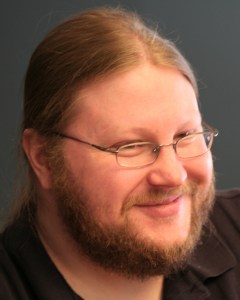 “It won’t be Xbox in a browser window,” he said, due to technical considerations of the web platform itself. However, Game of Thrones: Ascent will stay true to the storyline and themes that make the novels and the television production stand apart: complex character interactions, political intrigue, and choices that truly matter. Sounds a lot like the Bioware way, and Radoff (pictured, right) is the first to admit that the developer of Dragon Age and Mass Effect is his inspiration for the type of interaction he wants in Game of Thrones: Ascent.

Jon Radoff founded GamerDNA, a competitor of Raptr, in 2006 and later sold the game-data service in 2009. His experience there led to his current interest in when, how often, and with whom gamers play games. He realized that he wanted to combine his personal love of games with this data-driven look at community engagement, saying, “We want to take the idea of the social graph and asynchronous play to craft new types of gameplay.”

Radoff mentioned that in addition, he was noticing that acquiring customers via avenues like Facebook advertising was becoming increasingly expensive. He wanted to find an authentic way to bring games to established fan-communities, like Game of Thrones, “without becoming a Zynga.” His goal was to become the Bioware of the social market, tapping into big communities with games that are good enough for the type of rabid fan base those communities engender, where the fans pass along anything of quality via word of mouth, not advertising.

Game of Thrones: Ascent, then, is Radoff’s first push into a game of this quality that connects the social game market with a large, some might say rabid, fan base. Disruptor Beam spent time with George RR Martin convincing him that the game they wanted to make wasn’t a quick tie-in and would honor the universe and stories he has created. They also worked with HBO; Radoff said that the look and sounds of the game were mainly inspired by the HBO production. Said Radoff, “I was a fan of the books before I ever started Disruptor Beam. I wanted to make this game true to his vision, and something that fans like me will enjoy.”

The area of innovation that Disruptor Beam is focusing on is in the nature of the interactions of the players themselves, giving them something new to do, allowing them to make real moral and plot decisions that affect the gameplay. “People haven’t seen this in a social game, yet,” said Radoff. “It comes down to good storytelling and character interaction.”

So just how do you make a social game authentic? Look at movie-tie in games for examples.

Without naming names, Radoff said, “In general, there’s a big distinction between a typical film launch and books and TV shows. For the most part, films are a spectacle that happens at a point in time. These are not the type of IP that Disruptor Beam wants to work with. Our business model is to create very community centered games that will genuinely involve fans. We’re a lot more selective in the properties we choose.”

He continued, saying, “We’re not in business to promote films or TV. We want to create games.” 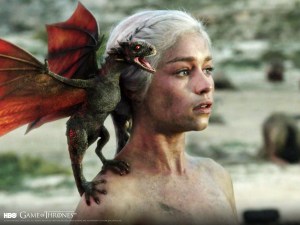 Radoff was tight-lipped about the mechanics or content of the game itself. When pressed, all he would say was that Game of Thrones: Ascent would include things that fans will immediately relate to: backstabbing, entering alliances, and building on the complexity of these multi-layered character relationships. “It’s actually more of an anti-Social game,” he quipped.

The story of Ascent will take place in the same timeline as the first book of the series of novels, which is the first two seasons of the HBO hit show. Large story events from the novels and program will happen during the events surrounding the characters in the social game. You won’t play as major characters, of course, but you will meet them along the way, Radoff said. The plan from here is to continue to add new content as the books and TV show continue, as well.

When will this obviously highly anticipated social game release? Radoff was similarly cagey, saying only that the date will be “when we’re happy with it. it’ll be ready when it’s ready.” He did remind us, though, that social games take a lot less time to create and produce than a typical console game. Sometime this year, then? Radoff declined to speculate.

Jon Radoff is a serial entrepreneur, author, and the former Founder/CEO of GamerDNA.com. His full biography is here.

Disruptor Beam is a Boston-based game development company funded by a group of successful Boston-area gaming and technology entrepreneurs including the founders of Harmonix, E-Ink and Common Angels. They declined to share any investment numbers with VentureBeat at this time.