JPMorgan Chase has agreed to pay a minuscule $2 a share to buy all of Bear Stearns after that 85-year-old banking institution began reeling from the nation’s credit crisis — a shocking deal because it represents less than one-tenth of the firm’s market price on Friday.

The deal, which values the firm at a mere $236 million, is the latest clobbering of the nation’s financial system. Asian markets are already in decline Monday (including a four percent drop in Japan) and expect a drop on the U.S. market when it opens Monday.

Massive losses on investments in mortgages have created a run on banks, and the troubles are now cascading across the rest of the financial industry. Buyers of financial securities have dwindled to almost nothing, and security prices are plunging.

We reported on how this is also affecting start-ups, many of which were enticed by things like auction-rate securities, which have high interest rates, but require healthy liquid bidding markets to stay valid. Bidders are few, making the securities very risky, and some accounts are now being frozen.

As part of the JPMorgan accord announced today, the Federal Reserve has agreed to help it guarantee the Bear’s trading obligations, including fund up to $30 billion of Bear Stearns’s “less-liquid assets.”

The deal was rushed before financial markets in Asia opened on Monday, in order to avoid creating a massive domino affect across global markets. Already, the crisis has caused a worrying drop in the value of the U.S. dollar, as foreign investors shun U.S. securities and so therefore demand fewer dollars to buy them. 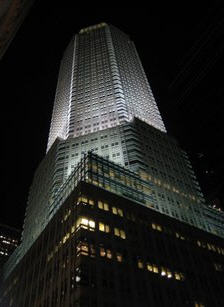 Some say things could get a lot worse for companies in Silicon Valley, but many software, chip and other technology companies are less directly affected than companies in other industries, because they can still sell their goods to buyers abroad. Foreign countries have strong currencies and can afford to pay more for goods that are priced in dollars. The dollar is now at an extremely low value, making U.S. company goods cheaper in foreign markets. Early stage start-ups depending on healthy growth in the U.S. economy, however, may face harder times.

Jon Fisher, a local entrepreneur who sold his security software company, Bharosa, Inc, to Oracle last year (our coverage), has been following the financial woes in recent months — he’s a board member for several start-ups, and is trying to watch out for their interests. He predicts a “massive wave” of start-up technology company bankruptcies in the next quarters, as they run out of funding, struggle to make money and fail to find acquirers. On the other hand, some think that if companies can make it through the next several months, they’ll be especially well positioned for the ensuing economic recovery, in part because of reduced competition.

Some say Lehman Brothers and other banks are still in for more trouble, and that the crisis still has a ways to play out.

The sale price of Bear Stearns is reportedly one sixth of the value of Bear’s office space in New York.

More here from Times, and from the WSJ.