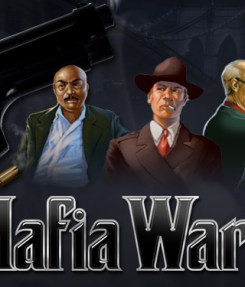 An ongoing legal battle between social gaming rivals Zynga and Playdom got even uglier this week.

Zynga filed another suit claiming that Playdom had hired away four Zynga employees who had helped the company steal Zynga’s secrets, including a crucial document called the Zynga Playbook. The paperwork says:

The Zynga Playbook is literally the recipe book that contains Zynga’s “secret sauce,” and its contents would be invaluable to a competitor like Playdom. The Zynga Playbook constitutes a collection in one document of many of the most material non-public commercially valuable concepts, techniques, know-how and best practices for developing successful and distinctive social games. The Playbook is the result of years of testing, development, trial and error, analyzing customer behavior, game behavior, optimizing past successful techniques, and collective know-how that Zynga has spent millions of dollars and more than tens of thousands of man hours developing and devising … It is a “how-to” manual that belongs to Zynga.

For now, a judge has issued a restraining order that bars the new Playdom employees from destroying any documents they may have taken away from Zynga. Should the Playbook be discovered on any of their disk drives, it will be hard for Playdom to claim it was a mistake, even it if was. Zynga had previously sued Playdom in June, claiming it had deliberately created a misleading online ad that invited Zynga’s Mafia Wars players to play its rival mob-related game, Mobsters.