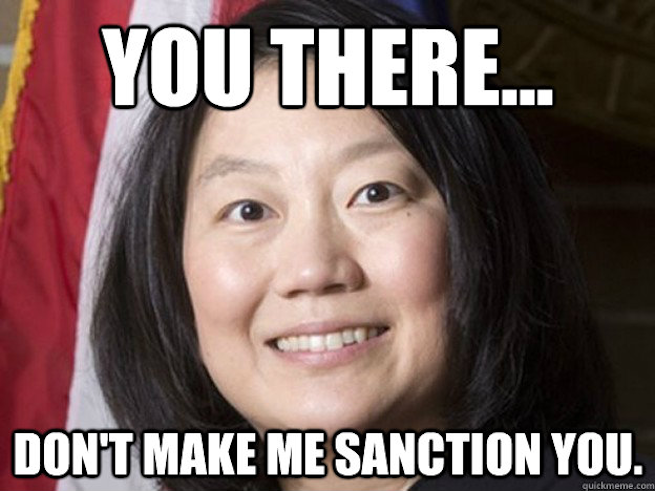 I’ve got news, guys. Sometimes patent cases are boring (don’t worry, I was shocked to find this out, too). In the Apple versus Samsung patent case, however, there’s been one shining, albeit unexpected, entertainer: the judge.

U.S. Judge Lucy Koh doesn’t have time for your bickering, lawyerfolk, and she’s happy to tell you. Samsung and Apple are at each others’ throats in Koh’s San Jose, Calif., courtroom over patents pertaining to the companies’ smartphones and tablets. Apple goes so far as to say Samsung blatantly copied the iPhone and iPad in its designs, notably the Galaxy line.

Closing arguments are this week, however, bringing a months-long, objections-filled, paperwork-mounding argument to an end. Before the jury (there’s a jury!) decides who is at fault, we thought it was only appropriate to take a look back at five of our favorite Koh smackdowns:

That’s right: This judge is in charge, and don’t you forget it.

Got more favorite Koh quotes? Let us know in the comments.