Universal Games and Digital Platforms is adding a new Sanctuaries feature where you can interact with augmented reality dinosaurs in the Jurassic World Alive mobile geo-location game.

Ludia, along with and Universal Games and Digital Platforms, launched Alive last year. It has been downloaded 17 million times, and players have unlocked more than 115 million dinosaurs and taken them into battle nearly a billion times. That has helped awareness for the $5 billion Jurassic Park franchise.

You can see in the trailer why it’s not good to be a goat, or dinner for a Tyrannosaurus Rex. The idea is to help players feel more connected to their dinosaurs as the game celebrates its one-year anniversary. 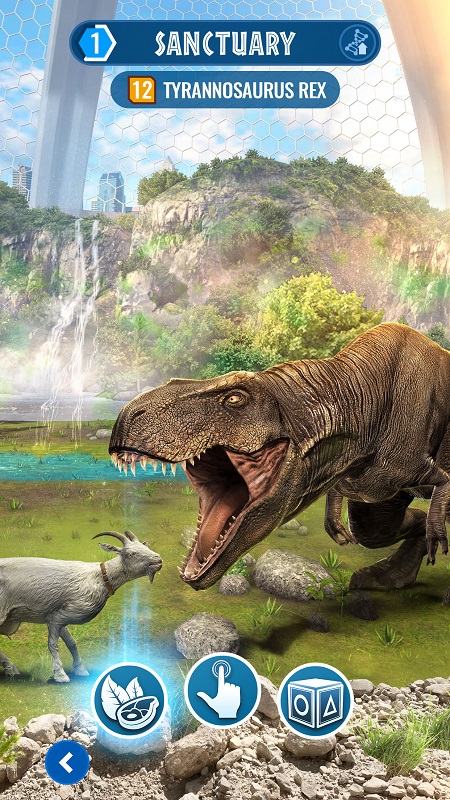 A new trailer, also released today, introduces the Sanctuaries feature, which allows players to feed, interact and play with their dinosaurs in order to earn DNA and build up their dinosaur collection.

In Jurassic World Alive, players are part of the Dinosaur Protection Group (DPG), an organization that has built dinosaur Sanctuaries all over the world—in order for its members to care for and protect their dinosaurs. The new Sanctuaries feature enhances the player’s connection with their dinosaurs and lets them care for the dinosaurs — such as allowing them to feed goats to their ferocious T. rex or giving their cunning Raptors items to play with. Additionally, members can engage in cooperative play and share Sanctuaries with their Alliance team members so that each team member can care for each other’s dinosaurs. 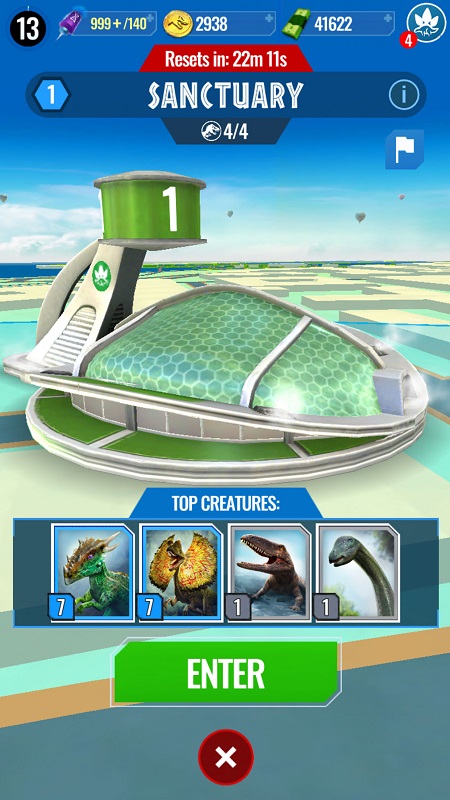 To commemorate the one-year anniversary of Jurassic World Alive and celebrate Universal Studio Hollywood’s “Jurassic World – The Ride”, players will soon be able to engage in Strike Events, Treasure Chases, and Event Supply Drops at various locations throughout the theme park for a limited time. Starting later this summer, players visiting the theme park will be able to collect their favorite dinosaurs and track down an exclusive Epic Incubator, a capsule that contains valuable resources, such as dinosaur DNA.

As an aside, I just celebrated a late Father’s day at Dave & Busters in Milpitas, California, where I took my family on the Jurassic World VR Expedition virtual reality motion-simulator experience. It was cool, and not such a bad deal at $6 a head.

Jurassic World Alive is free to download with in-app purchases, and available on the App Store and Google Play Store.