With such ads, players can tap on a mobile ad, and it will take the player directly into playing a version of the game. While others have launched other playable ad platforms, Tel Aviv, Israel-based JustAd contends that its solution enables easy self-service.

Game Zone allows for the individualization of module-based gaming ads. But the person creating the ad doesn’t need to know any coding, according to JustAd. Game Zone is targeted at game developers, ad agencies, demand-side platforms, and ad networks. It lets them personalize module-based gaming ads without writing a single line of code.

“Deeply customized gaming ads have always required an immense amount of time and resources to create, but they are in high demand because they are effective for marketers and fun for users,” said Yariv Erel, cofounder and CEO at JustAd, in a statement. “Game Zone represents a first in our industry — a free, scalable opportunity to create real games, with logic and stages, that can be played within any ad opportunity.” 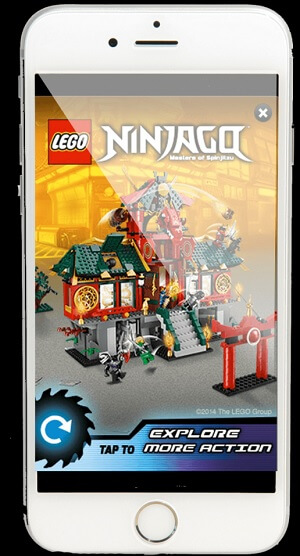 “A customizable playable ad platform has heretofore not existed because it is extremely challenging to create,” added Erel. “Our team spent months developing Game Zone because it delivers much better results, people simply love it and it’s a very tough tech challenge. We think it will change the mobile advertising landscape for the better.”

Game Zone’s technology is based on HTML5. Playable ads created in Game Zone are available in both ZIP file and standard HTML/IAB/MRAID tag. Event-based reporting and heat map reporting are available by default for any ad.

Among the rivals are  1app.com, mNectar, and Chartboost. In an email, Erel said, “We think that playable ads is just starting to get notice like the Google announcement at the Game Developers Conference. We see massive demand for it from all parties.”

He also said, “Our full digital ad platform (Creative Factory) has been trusted to create digital ads for brands like Nike, Hasbro, Pixar, Microsoft, Ford, and countless others, worldwide via their media agencies and ad networks since 2014.”