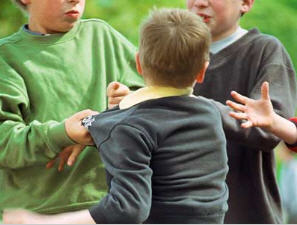 The Justice Department is reportedly investigating major tech companies for possibly violating antitrust laws with their hiring practices. The department sent “civil investigative demands” (written requests for documents and information) to at least a dozen tech companies, including Google, Apple, Yahoo, and biotech company Genentech. The question is, have some of these companies agreed not to recruit each other’s employees?

Assistant Attorney General Christine Varney, who was confirmed to head the Justice Department’s antitrust division in April, has said she plans to take a more aggressive approach to antitrust enforcement. This is a separate investigation from the Federal Trade Commission’s inquiry into whether the close board ties between Google and Apple violate antitrust laws.

The Deal first reported the investigation on Friday, citing anonymous sources, but a Washington Post article this evening set off the recent flurry of coverage.

A note for media nerds: The Post is getting credit for breaking the story, but I actually received an email from The Deal about the investigation several hours before The Post published. Unfortunately, I can’t link to The Deal’s story (and it’s not showing up in Google News) because it’s hidden in The Deal Pipeline, which is the site’s pay section.