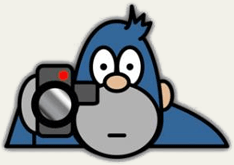 For example, a Twitter user can tweet straight from one of Justin.tv’s chat windows, as well as view tweets of other users watching the same video stream. Likewise, Facebook and MySpace users can now update their status from Justin.tv, while also inviting friends to join them in watching the video stream.

Although Justin.tv’s newest integration isn’t viewable offsite (yet), Kan believes the integration of real-time conversation from popular social platforms like Facebook can add a lot of value to the site’s streams. Ultimately, it will be up to users to decide, but Kan seems to be on the right path. CNN has adopted a similar (and widely successful) approach with its real-time innaguration coverage on Facebook. Of course, if Justin.tv wants to replicate that success, it’ll need live streams that are at least equally compelling.