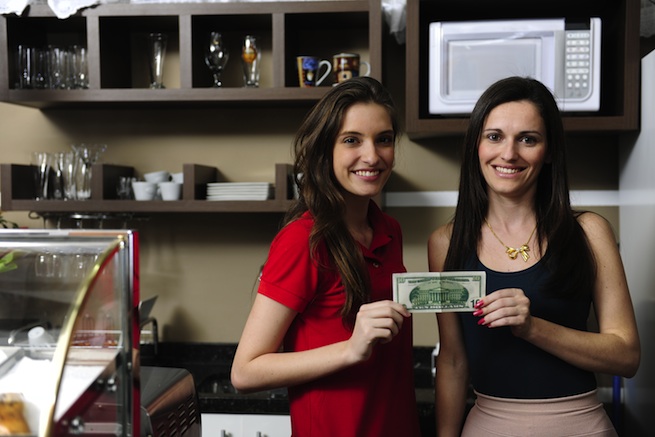 A handful of startups are taking on traditional banking structures, and providing working capital to small businesses and individuals in need.

LendUp, Lenddo and others provide small-dollars loans to individuals that are traditionally denied by Main Street’s banks. Meanwhile, Kabbage, On Deck Capital and others are focussed on small businesses — they provide capital to online retailers so they won’t need to put personal assets on the line, like a house or car.

What these startups have in common is that they use publicly available data sources — social media data, sales and credit histories, demographic information and so on — to get a better picture of the borrower.

Kabbage monitors how merchants are interacting with their customers on Facebook, selling on UPS, or managing their finances in Quickbooks (Intuit’s accounting software for SMBs), as well as their transaction data from sites like eBay, Amazon and Etsy, to determine whether to give out a loan.

CEO Rob Frohwein explained in an interview that the engineering team is analyzing all the data to make “educated guesses” about a loan applicant’s future growth. Ideally, they are looking to fund merchants who are making about $1000 a month through their online store.

“When we tap into the data, we can see how you [an online merchant] were doing six months ago and project how you might fare a year from now,” he said by phone. Kabbage provides funding to about 80 percent of the small businesses that approach them — the big question, Frohwein admits, is how large the loan should be.

Due to its data-driven approach, the Atlanta-based company beat out hundreds of applicants to be named the winner of VentureBeat’s CloudBeat Innovation Showdown competition in late Nov.

on Soberg, a financial technology-focused investor at Blumberg Capital has been keeping a close eye on the company since it launched in 2009. Kabbage is providing “a really valuable service, and the market is underserved,” he explained. In my opinion, this is one of the iconic financial technology startup companies.”

Kabbage has continued to grow — and this week, announced an expansion to the UK, its first market outside of the United States.

Marc Gorlin, chairman and cofounder, said banks are “just as challenged” at providing cash to small businesses in the UK, “as they are here.” He added, “It doesn’t hurt that it’s also the biggest e-commerce market in Europe [and] is also Ebay’s fastest growing marketplace.”

Kabbage charges an interest rate of between 2 percent and 18 percent, depending on how long the advance is unsatisfied.  Merchants can use the working capital for as short as one month to six months. Kabbage lent about $7 million to small businesses in 2011, and “about ten times that” in 2012, according to Frohwein.

The company is pulling in north of $10 million in revenues on an annualized basis.

Just like any startup, Kabbage’s executive team need to fundraise to ensure they have a pool of money to lend. They have succeeded in raising about $60 million in equity and $15 million in debt to date, and expect to close another round in the coming months.

“We are still a small business feeling the pain of needing capital to grow,” Frohwein admits. “But we’re seeing a huge growth ramp,” he said.