When the Kangaroo debuted in October 2015, and its less portable big brother arrived in April 2016, we explained that the oxymoron “mobile desktop” really is the best way to describe the Kangaroos. They’re basically desktop PC towers shrunk down to the size of a phablet, sans screen.

The Kangaroo Notebook, however, doesn’t deserve the Kangaroo name at all. It doesn’t require connecting a mouse, a keyboard, or a monitor. It’s a fully functional laptop with a keyboard, Synaptics ClickPad, battery, webcam, ports, a microphone, and speakers. InFocus envisions the Kangaroo Notebook being used by families that want to dedicate one module to financial and personal information while keeping another for apps, games, and movies. In other words, it’s for paranoid people who really don’t trust the idea of having separate accounts on the same PC.

“With Kangaroo Notebook, we put the power to create private, individualized computing experiences directly into the hands of our customers,” Ben Chu, head of Kangaroo sales, said in a statement. “The modular design of this new mobile computing bundle gives our customers a different level of flexibility and control over how they want to manage personal computing, particularly in the home.” 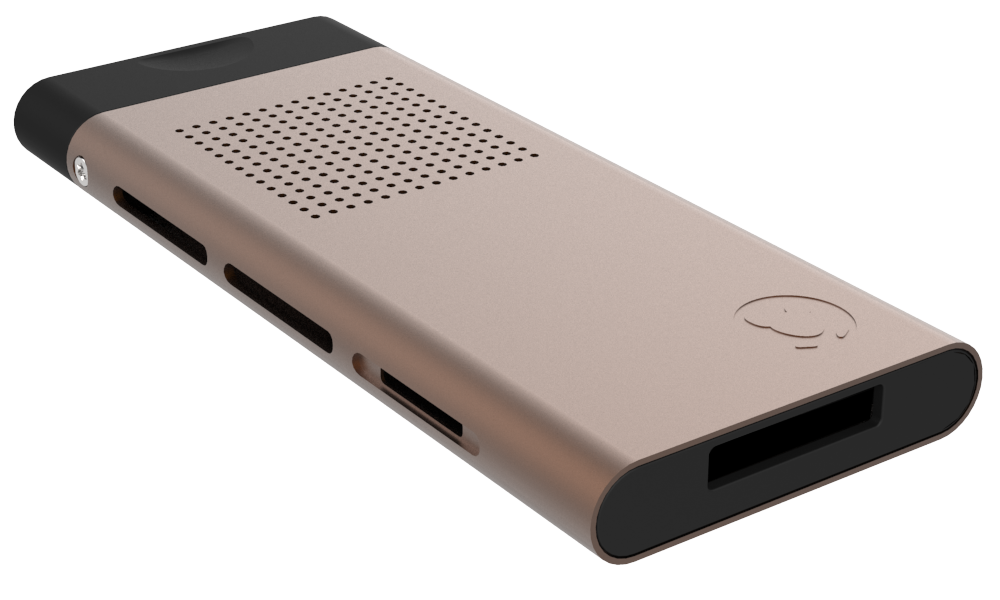 For reference, here are the full specs for the Kangaroo Notebook:

Notably missing is the fingerprint reader, which previous Kangaroos included. Instead, there is one slot for a Kangaroo Mini PC (though again, two ship in the box).

And that’s what really makes the Kangaroo Notebook unique: You can swap out the whole PC for another one. The pitch is around customization, privacy, and security. But frankly, we expect you’ll stick to using just one.

If you don’t have a monitor or TV to plug a Kangaroo into, the Kangaroo Notebook is for you. At $299, however, there are plenty of cheap Windows 10 laptops to choose from.