The improbability of Alex Klein’s evolution from journalist to founder of DIY computer startup Kano fully struck him as he sat on a stage in India earlier this month listening to the British prime minister praise his company’s potential global impact.

“That is exactly what we are doing with this delegation — bringing along some of our biggest, most successful companies and our brightest startups, from every region of the U.K., in order to open up new markets for them and promote them to the wider world,” said U.K. Prime Minister Theresa May. “One of them, Kano, is using its unique technology to teach children to code in U.K. schools. Just think of the impact that could have in India.”

A few days later, Klein was in Lisbon, Portugal to speak at the Web Summit, where he was still trying come to terms with the success of a project that had seemed like a wild dream not so long ago.

“It was one of the more head-spinning parts of this trip we’re on,” Klein said. “We started out as just a bunch of novices with an idea.”

Perhaps it was just an idea, but it’s one that seems to have come at the right time and in the right form to propel Kano into the international limelight. That idea was to create a kit that allows people to build their own computing platform. The goal was to encourage a greater understanding of the hardware and software that is growing more omnipresent and dominant in our lives.

The result was the Kano computer bundle that today costs about $249. The bundle comes with a simple storybook that lets kids as young as six years old snap together all the pieces to create a small PC that runs on Raspberry Pi. Users also have to assemble the screen, and along the way they learn the purpose and function of each component. From there, once the PC is running, they learn how to code and extend the functions.

Until four years ago, Klein was a journalist covering politics, economics and finance for a variety of publications. He was having conversations about the future of computing with his friend, Yonatan Raz-Fridman, an Israeli programmer, and his cousin, Saul Klein, then a partner at Index Ventures and a former Skype executive. 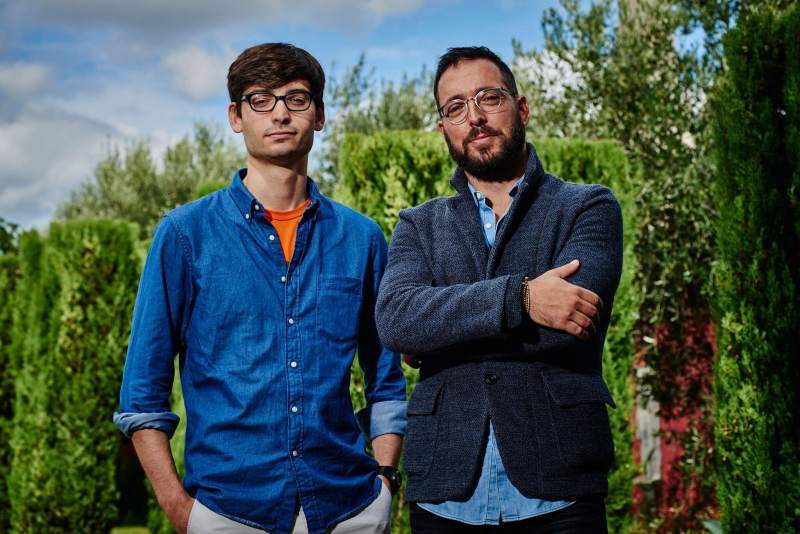 As Alex Klein tells the story, his young nephew said he wanted a computer that he could build himself that was as easy as using Legos. And that became the central concept of Kano.

But moving from principle to product was a long journey.

Raz-Fridman and Alex Klein began fiddling with off-the-shelf components to build a prototype. There were trips to China to scope out manufacturing partners and to Africa to work with engineers and school kids to further develop the prototype. They ran workshops with teachers, parents, and kids in London to get feedback. And then they made about 200 basic kits that they either gave away or sold around London to build interest.

Confident that they finally had the right combination, they launched a Kickstarter campaign in November 2013 that raised $1.5 million against its $100,000 goal. The first products shipped to backers in 2014, and the company hasn’t looked back since. Kano has now shipped 110,000 kits, Klein said.

This year, Kano took its next big step by developing three new kits that allow users to build a camera, speaker, and pixel kits. Another Kickstarter campaign raised $640,000 to get all three off the ground, and they’re due for delivery early next year.

Along the way, the company has also raised $15 million in venture capital and has grown to 50 employees. While the company has reached stability, Klein remains driven to see Kano achieve its broader mission of changing the relationship between people and their gadgets.

“We have grown up in a world where much of this stuff is invisible,” Klein said. “We are immersed in this world of clouds and screens, but people are naturally curious about what’s inside. People have the right to participate in this technology. And with this, we can help them de-mystify it.”