While it might seem unfair to those of us poking along at a few tens of megabits per second, Kansas City residents are getting a second chance to sign up for Google Fiber, the company posted today.

Of course, you have to live in Kansas City, Kan., or central Kansas City, Mo., live in one of the 180 designated “fiberhoods,” and have missed your first chance. And you have to enroll before December 22, when new signups will be cut off. 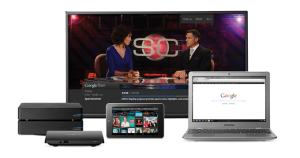 Signing up gives you the opportunity to choose between free Internet at 5Mbps download and 1Mbps upload, Gigabit Internet that is “100 times faster,” or Gigabit Internet plus a full TV package with 200 plus channels, including all the usual suspects such as ESPN, the networks, and more. Gigabit Internet runs $70 a month; adding TV takes it to $120 a month; and the free Internet option does require you to pay some construction costs: a $300 one-time fee, which can be split over the first 12 months.

Google’s also adding new neighborhoods in and around Kansas City in March of 2014, so others nearby will also have a chance to sign up. As before, a certain percentage of homes need to sign up before Google will commit to launching the service. New signups added now will go live in “spring of 2014,” so those neighborhoods will probably not go live before summer at least.

With the two paid plans, you also get a terabyte of Google Drive storage, and with the TV package, you get a free Nexus 7 tablet in addition to a “TV box” and a “storage box.” All plans also get a “network box,” a router that Google provides, and the free Internet option is guaranteed for at least seven years, with no contract needed.

Probably not enough to move to Kansas City for, though.