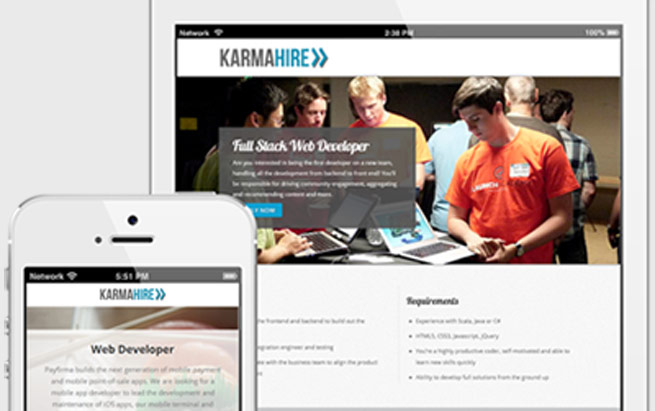 Every year, the hiring and recruiting industry spends about $9 billion on job ads for a pitiful success rate of under 4 percent. KarmaHire is is trying to change that — and it’s succeeding, so far.

Realistically, the company will need a lot of its own good karma to win in this super-competitive startup niche. But CEO James Clift is optimistic:

“We’ve been able to convert about three times better than the industry average,” Clift says. “And we’re just getting started.” 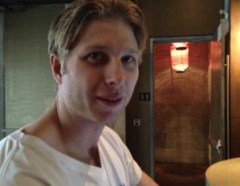 KarmaHire’s flipping the funnel, in a sense, on recruiting. While most job ads these days are about what companies want from people, Clift is switching that to what people want from companies. A huge shift the company has uncovered, he says, is that huge numbers of people are not looking or that starter job or the subsistence salary. Instead, they’re looking for a great working environment and hard problems to solve.

They don’t just want a job; they want an awesome job. So KarmaHire, which just graduated this week from Vancouver-based accelerator GrowLab, built a platform to make that happen.

“We transform job postings into job advertisements,” he said. 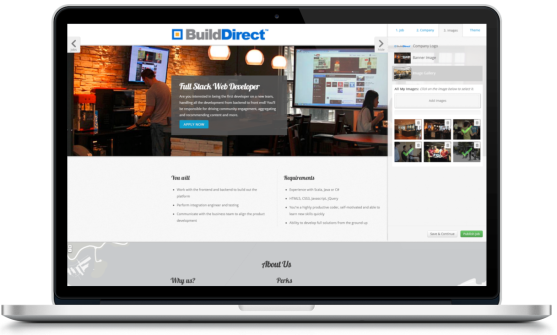 The company has seen success and is helping companies find talent faster.

But it has a ton of competition in the recruiting space. Zao is gamifying recruiting. Path.to is following the eHarmony match-made-in-heaven model. GetHired is doing daily deals for jobs. Quixey wants you to solve puzzles to get recruited. And any number of new video-based interviewing companies like Wowzer, enRecruit, VisualCV, Spark Hire, and InnovateCV want to make video the center point of the hiring experience.

All of which means that recruiting is a vastly competitive marketplace.

Clift, however, thinks KarmaHire has what it takes, saying the company is already successful and has a lot of room to grow.

KarmaHire is based in Vancouver and is in the process of raising a $250,000 seed round, some of which is already committed. The service is in a private beta test right now and will launch into public beta next week.