Kartridge, the PC gaming store that was recently started by Kongregate, has announced a partnership with the Indie Megabooth (IMB) to highlight indie games from around the world.

They will create a traveling showcase that will highlight the best indie games from the IMB Alumni Network, hand-picked to be featured in a custom, “spotlight” feature.

Kongregate wants Kartridge to become a beacon for quality indie games, and it already has hundreds of titles, gamer chat, badges, and player rewards. It will be a tall order in taking on Valve’s Steam, but the goal is to create an alternate way for game developers to get their games discovered and merchandised with more control over the whole process of selling a game.

Indie Megabooth’s Alumni Network consists of more than 800 indie developers and its showcases are a hotbed for discovering unique indie games that cater to diverse audiences. 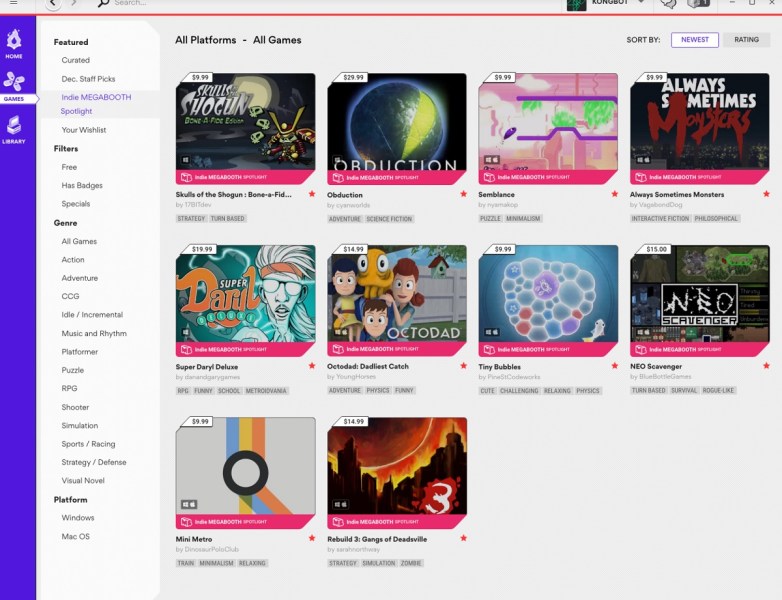 Above: Indie Megabooth’s featured games will be highlighted on Kartridge.

Indie Megabooth Spotlight will giving these hand-curated quarterly lineups center stage on Kartridge to cast a light on IMB alumni. Similar to the event showcases, IMB will refresh its recommendations and bring new games to Kartridge every quarter.

IMB Alumni games on Kartridge will be easily identifiable by an exclusive emblem on their game pages, distinguishing them as a previous IMB showcase selection. IMB’s network is a mix of up-and-coming indie talent and larger indie studios with notoriety; as a result, IMB’s alumni community includes all sorts of genres, experiences and voices that represent a comprehensive and diverse cross-section of the current indie games scene. 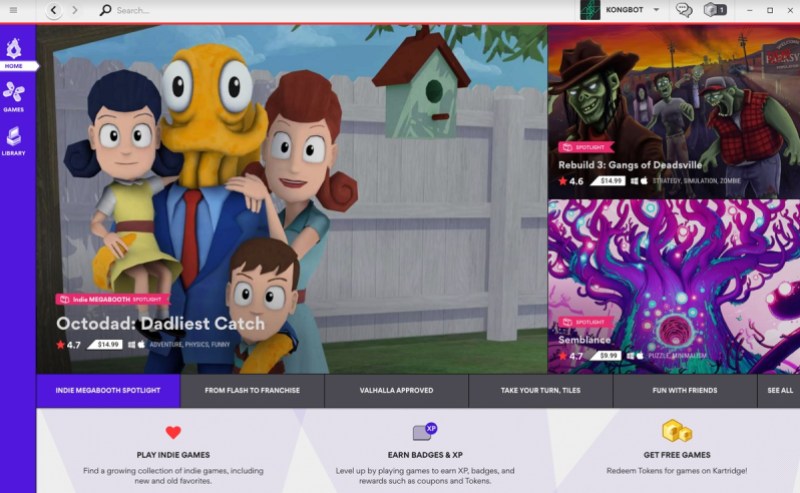 Above: Kartridge is an indie games store that is an alternative to Steam.

“It’s no secret that I’m a firm believer in the power and importance of thoughtful curation. Not only is it important to address discoverability issues for indie devs, but diverse curation creates a welcoming environment for new fans to discover creatively accessible games and experiences. The Megabooth team is so excited to be partnering with Kartridge to highlight our unique take on curation and focus on community,” said Kelly Wallick, CEO of Indie Megabooth, in a statement. “For IMB, it’s extremely important to us that we choose to work with partners who reflect our values and are committed to creating a positive impact on the gaming industry, which is why we’re thrilled to be working with Kartridge on this unique collaboration.” 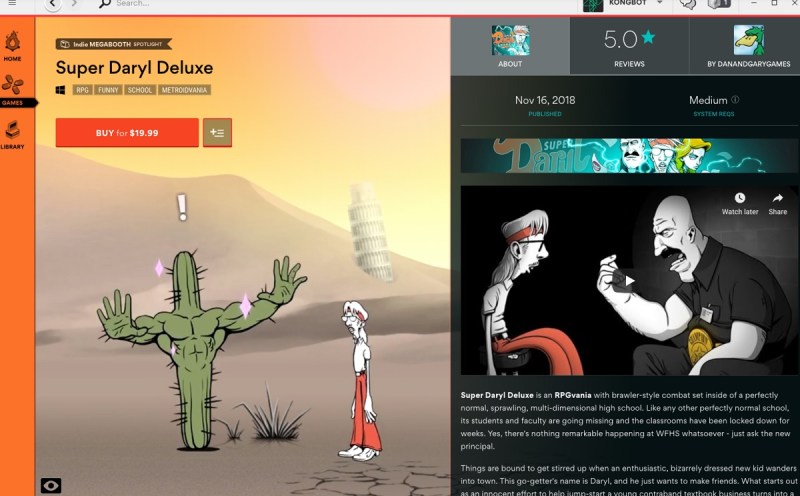 For the first “IMB Spotlight,” Indie Megabooth is taking a holistic approach to curate a well-rounded representation of what fans discover when exploring Indie Megabooth events.

The first collection of games includes:

The Kartridge and Indie Megabooth partnership started with a shared ambition to positively nurture both independent developer and player communities. With a passion for inclusion, diversity, and high-quality content, the “IMB Spotlight” on Kartridge embodies much of what both Kongregate and IMB value as organizations, the companies said.

“We truly value IMB and its contribution towards helping indie developers succeed,” said Anthony Pecorella, Kartridge’s director of content, in a statement. “As a platform, developer, and publisher, we’re always eager to find more ways to support independent developers. With Kartridge, we can help extend IMB to a digital platform and wider audience; we’re excited to amplify the curatorial vision and indie spirit that makes the Megabooth so special.”

Kartridge is currently in open beta. Indie Megabooth is preparing for the 2019 PAX East and GDC showcases, which host more than a hundred dev teams combined.