Kaz Hirai plans to step down as Sony’s president and CEO on April 1, when company executive Kenichiro Yoshida will take over the top spot. Yoshida is Sony’s current executive deputy president and chief financial officer. Since Yoshida didn’t rise through the ranks in Sony’s game division as Hirai did, you could say that the reign of PlayStation is over at Sony. Hirai will remain chairman.

Hirai’s impending departure is one of a number of former PlayStation leaders to leave Sony. Hirai ran Sony Computer Entertainment America for many years and was instrumental in launching the original PlayStation in 1994 and 1995. You could say there has been a brain drain of PlayStation leaders, who were a feisty group that stole the leadership in gaming away from Nintendo.

Ken Kutaragi, father of the PlayStation, stepped down from management of that business in 2007, when Hirai assumed global control of the game console business. And Kutaragi left Sony altogether in 2011. In taking on Nintendo, Sony assembled a unique group of leaders in its U.S. game division, under Hirai. They included Phil Harrison, head of research and development; Andrew House, head of marketing; and Jack Tretton, a publishing executive.

As Hirai was promoted to run Sony, House moved up to head the worldwide PlayStation business and Tretton was in charge of the U.S. Harrison went on to lead Sony’s worldwide game studios, and left in 2008. He was recently hired as vice president and general manager of an unnamed division at Google. Tretton left in 2014, and House announced his departure at the close of 2017.

I’ll miss Hirai, who was personable and charismatic, with a booming laugh. When I first met him in the 1990s for an interview, he talked to me about how he loved gadgets and cars. He said that if you should him the rear section of a car when he was young, he could tell you what make and model it was.

Over the years, he had many memorable moments, like when he declared the “console wars are over” in the early 2000s, and when he bowed low and took responsibility for Sony’s failure to protect gamers from a devastating cyberattack on the PlayStation Network in 2011. His struggle to make Sony profitable in the past few years was perhaps his biggest challenge. 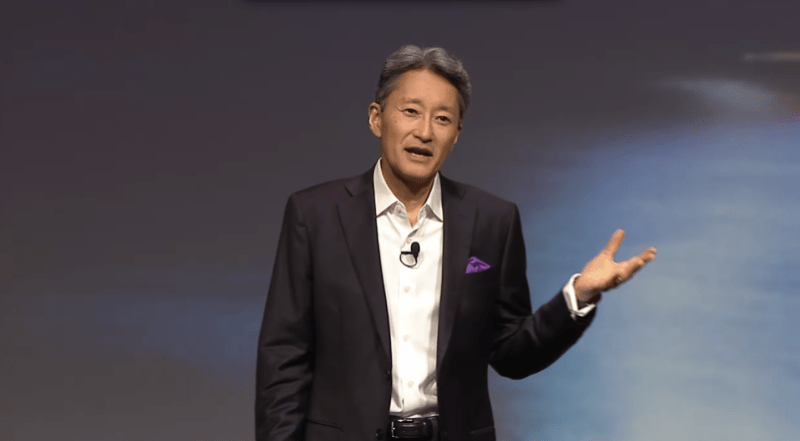 His whole group of game leaders was a unique and smart bunch, and with Hirai’s stepping down, it’s a dawn of a new post-PlayStation era at Sony. There are still many veteran leaders running Sony’s game business, but many of the crew who helped PlayStation beat Nintendo in its formative years are gone or are leaving.

That leaves some big tasks for Yoshida, who inherits a company that has cut away many businesses, such as PCs, and left it with very large game, insurance, camera, TV, and entertainment divisions.

“I returned to Sony four years ago, after 14 years at So Net,” Yoshida said at a briefing in Tokyo following publication of the group’s third-quarter financial results. “I was impressed by Hirai’s no-nonsense approach to dealing with problems. Nevertheless, Sony has not been able to surpass itself for many years. I share with Mr. Hirai the same sense of an urgent need for change. Our position in the global market is very different to where it was 20 years ago.”

In a statement, Hirai said, “Ever since my appointment as president and CEO in April 2012, I have stated that my mission is to ensure Sony continues to be a company that provides customers with kando — to move them emotionally — and inspires and fulfills their curiosity. To this end, I have dedicated myself to transforming the company and enhancing its profitability, and am very proud that now, in the third and final year of our current midrange corporate plan, we are expecting to exceed our financial targets.”

He said it excites him to hear more people say that “Sony is back again.” As the company moves to other goals beyond profitability, Hirai said it is an ideal time to pass on the baton.

He added, “I believe he possesses the breadth of experience and perspective, as well as the unwavering leadership qualities required to manage Sony’s diverse array of businesses, and as such is the ideal person to drive the company forward into the future. “