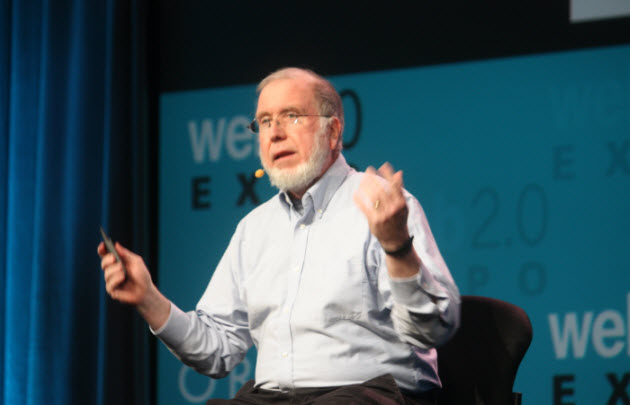 Kevin Kelly, the co-founder of Wired (and now its senior maverick), kicked off the Web 2.0 Expo conference today with a talk about what he called the “six verbs of the web.” In attempt to describe the latest tech trends, he rattled off some descriptions of the prevailing forces shaping modern web culture.

Kelly’s assessment gives us a window into what’s important now and what will happen in technology in the future. Here’s what he described: 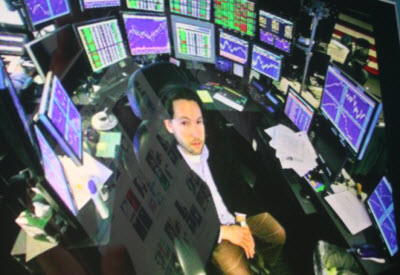 1. Screening. (Meaning to make a lot of use of screens). Kelly said that screens are proliferating into every part of our lives. A couple of decades ago, everyone thought that the web would be like TV, with 500 channels. But now the screens in our lives are taking the web everywhere, to the screen in Starbucks, smartphones, tablets, the living room, the workplace, etc. The question is, could one screen rule us all? Whoever makes that screen will turn out to be mega rich.

2. Interacting. Like actor Tom Cruise manipulating images with his hands on a holographic computer in Minority Report, we are now interacting with content all over the web. And when we interact, the web responds by adapting to our behavior. It’s possible for web apps to measure our every move when we’re using them and then report detailed analytics to their developers. Those developers can then take that feedback and adapt their apps to better suit us. This feedback loop is making web apps better and better. It’s as if they’re reading our emotions and are becoming two-way windows, Kelly said. 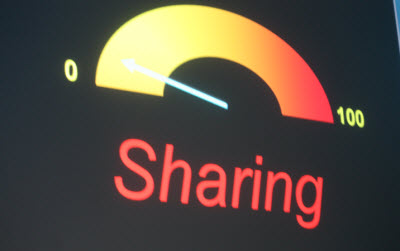 3. Sharing. Kelly said that everything that can be shared will be shared. We are just at the beginning of this movement, which has been instigated by Twitter, Facebook and Foursquare. People can now measure and track just about everything in their lives in a kind of “quantified self” movement, Kelly said. In turn, they are taking that data and sharing it widely. The expectation is that by sharing our data, we can learn from it and benefit from it. Sharing can thus enhance the value of whatever we share.

Kelly said that we are now sharing things we never thought we would, like information about our friends, locations, investments, health, memories, expectations and activities. Privacy is a concern, but most people don’t mind sharing this information in the right context.

“Part of the adventure now is to imagine things that are not being shared now and how they can be shared,” Kelly said. (No, I’m not sharing what I ate for lunch.) 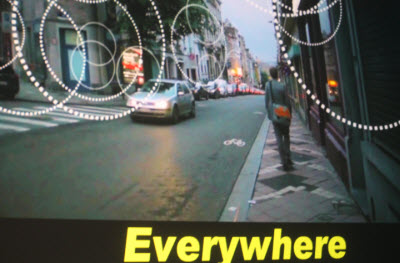 4. Flowing. Kelly said this verb is akin to the word “streaming.” The metaphor for the original personal computers was the desktop. In the web, the metaphor changed to the page, as in web page. Now, the right metaphor is flowing, or streaming, like streaming movies. We click on a movie site and expect the movie to start streaming to our screen in real time. Streams are everywhere now, on all of those screens in the screening trend. We can watch movies, listen to music, play games, and participate in conversations by tapping into these streams on the web.

5. Accessing. We used to own everything, like movie disks or computer game disks. Now, if we are surrounded by streams, we don’t care if we own them. We can rent them instead. On Netflix, you don’t need to purchase a movie. You can just pay to access it when you need it. With books, you won’t collect a library; you’ll download what you want five seconds before you read it on your Amazon Kindle eBook reader.

Music will likely go the same way, Kelly said. If you can access your collection from anywhere by logging into the cloud, you won’t need to own it. Kelly noted that all of the music on the planet can now fit on one 6-terabyte hard disk drive in a computer you can buy for $585. But there is no reason to carry it around. 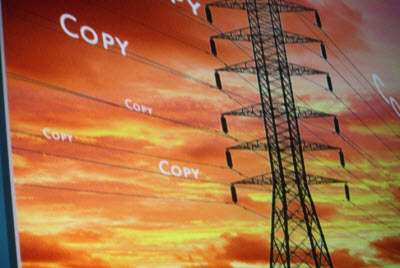 6. Generating. These days, anything digital that can be copied will be copied. So the goal is to make something that can’t be copied. If users generate their own content, personalize it, or customize it, then they’re creating something of value. Focusing on that is where you can be successful. Musicians have had the problem of digital piracy for years and it has wiped out the old music industry. But musicians are making more money than they ever had by charging for live concerts, an experience that can’t be duplicated so easy.

How do you make money on the modern web? Kelly said he doesn’t know. But he believes that wherever the attention flows, the money will follow.