The Khronos Group has announced the ratification and public release of the OpenXR 0.90 provisional specification for royalty-free standards related to augmented reality (AR) and virtual reality VR devices, collectively known as XR.

This means that software makers will know how to make software that runs quickly and efficiently on various kinds of VR and AR hardware. The Khronos Group released the specification at the start of the 2019 Game Developers Conference in San Francisco today.

The new specification is available on the Khronos website and is released in provisional form to enable developers and implementers to provide feedback through the OpenXR forum. 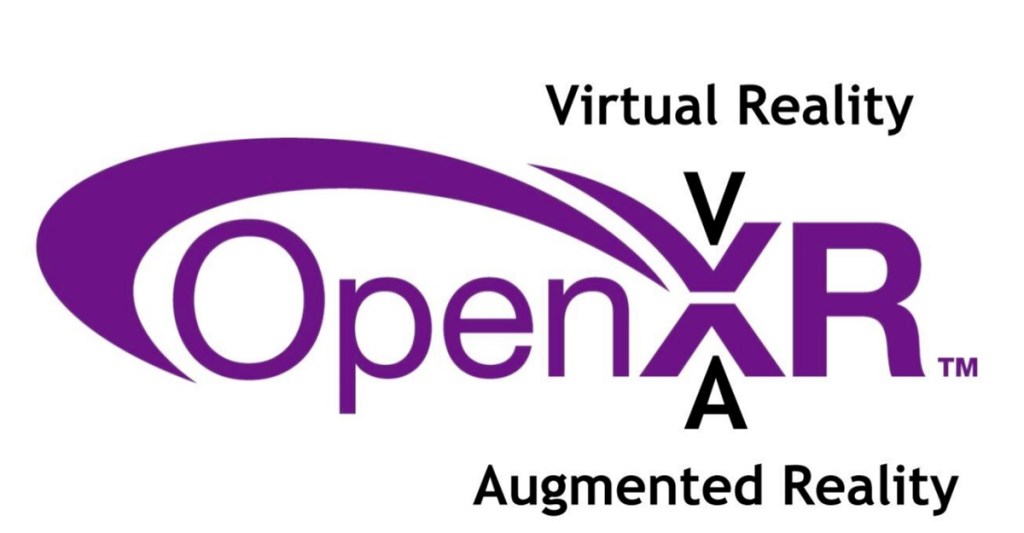 Above: The Khronos Group is bringing hardware standards to VR and AR.

The Khronos OpenXR working group was formed in early 2017 with the support and participation of leading XR companies. Throughout the development of the specification, multiple Khronos members have been developing independent implementations to ensure a robust and complete specification.

“Facebook and Oculus continue to believe in the value the OpenXR standard delivers to users and developers. We plan to provide runtime support for apps built on OpenXR 1.0 on the Rift and Quest platforms later this year,” said Nate Mitchell, Oculus cofounder and head of VR product at Facebook, in a statement.

Many of these implementations are becoming available for developers to evaluate including the ‘Monado’ OpenXR open source implementation from Collabora and the OpenXR runtime for Windows Mixed Reality headsets from Microsoft shipping today. Additionally, the Unreal Engine from Epic plans to continue to support OpenXR.

“OpenXR seeks to simplify AR/VR software development, enabling applications to reach a wider array of hardware platforms without having to port or re-write their code and subsequently allowing platform vendors supporting OpenXR access to more applications,” said Brent Insko, lead VR architect at Intel and OpenXR working group chair, in a statement. “The OpenXR provisional specification—together with the runtimes publicly available at launch and coming in the next few weeks—will enable hands-on, cross-platform testing by application and engine developers. The working group welcomes developer feedback to ensure an OpenXR 1.0 specification that truly meets the needs of the XR industry.” 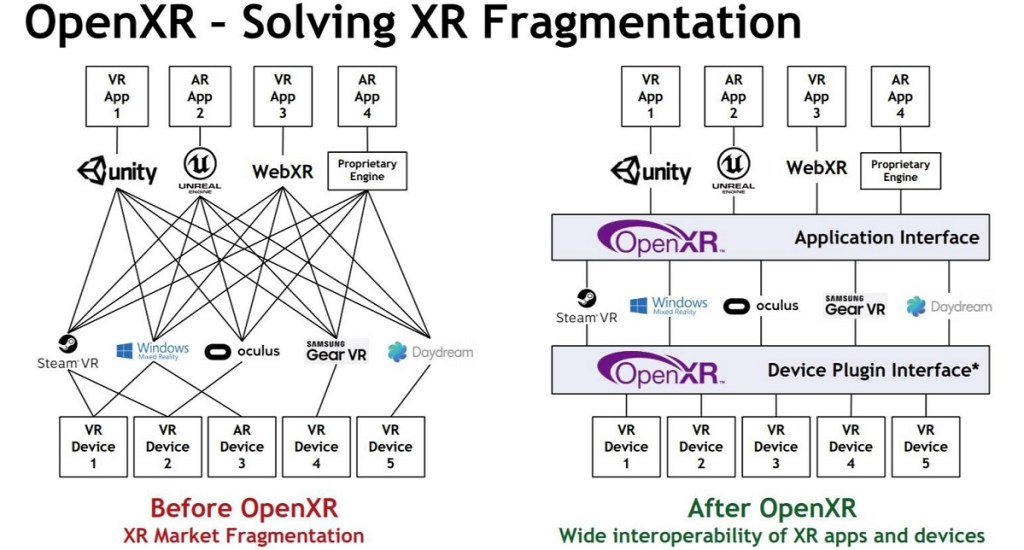 The group has a wide array of supporters from across the hardware, software, and game industries. Among the supporters are Intel, Advanced Micro Devices, Nvidia, Microsoft, HTC, Samsung, Qualcomm, Valve, Oculus, Google, Unity, and others.

“Epic believes that open standards like OpenXR are essential foundations for a vibrant, multi-platform VR and AR industry in the coming years. We’ve supported OpenXR since its inception, including powering the first public demo of OpenXR at Siggraph last year, and hope to see the ecosystem continue to grow with the first public release of the spec at GDC,” said Tim Sweeney, founder and CEO of Epic Games, in a statement. “Epic plans to continue supporting OpenXR in Unreal Engine 4.”

“HTC VIVE is committed to creating a viable ecosystem for the XR industry which is why we are proud to support OpenXR,” said Vinay Narayan, vice president of platform strategy at HTC, in a statement. “Bringing the community together to help define standards and best practices, allows all of us to move forward, together.”