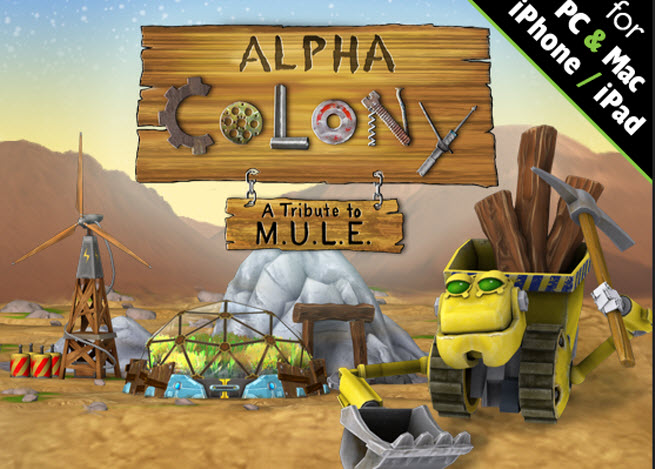 Kickstarter’s crowdfunding has become the way to bring back all of the games that we’re nostalgic for. After Christopher Williamson saw the success that game developers have had raising funding through crowdsourced donations, he decided to raise money for his own pet project: an updated version of the classic Atari game M.U.L.E.

Over the next 31 days, Williamson is trying to raise $500,000 for his DreamQuest Games in Lafayette, Colo. to make the updated version dubbed Alpha Colony: a Space Tribute to M.U.L.E. Williamson has the rights from the family of the original developer, and he plans to publish the new game on the PC, Mac, iPhone, and iPad. On top of that project, the Kickstarter money will be used to do a “faithful remake of the game with M.U.L.E. Returns.”

While M.U.L.E. Returns will be a remake with updated graphics, Alpha Colony will be a “modern tribute” with gameplay that is similar to SimCity or Civilization.

The original game was created by Ozark Softscape and published by Electronic Arts in 1983 for the Atari 400/800 game console and then later adapted for the Commodore 64, the Nintendo Entertainment System, and the IBM PC Jr. It was an amazingly addictive strategy game that simulated an economic environment on the fictional planet Irata (Atari spelled backwards).

The game was built by a team of four people including Jim Rushing, Dan Bunten, Bill Bunten, and Alan Watson. Unlike many games, the title has never had an official sequel, and it became a cult favorite over the years.

It has inspired a number of clones, such as 2009’s Planet M.U.L.E., which was a free downloadable online game. Bunten (later renamed Danielle Bunten Berry after a sex change operation) was working on an Internet version of M.U.L.E. until her death in 1998. Will Wright dedicated his game The Sims to the memory of Bunten, and the M.U.L.E. theme song was included in Wright’s Spore as an Easter egg. In 2007, the game industry’s Academy of Interactive Arts and Sciences inducted Bunten into the video game Hall of Fame. 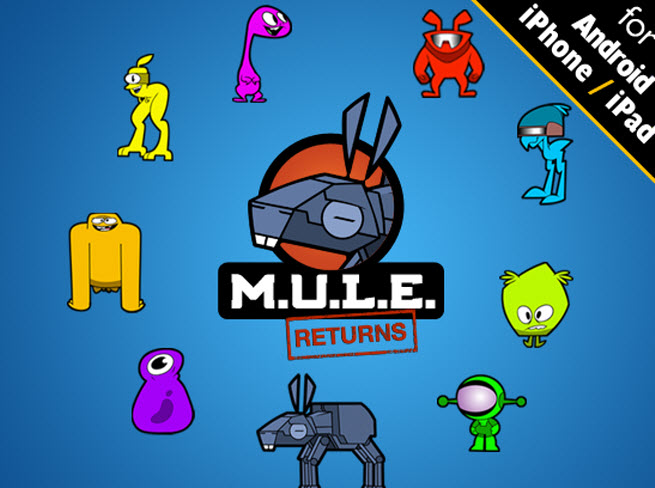 M.U.L.E. was unique because it allowed multiplayer interaction through a single game console, encouraging family play. Williamson got advice for his Kickstarter project from Paul Trowe, the founder of Replay Games, who recently raised more than $600,000 for a remake of the classic adventure game Leisure Suit Larry.

M.U.L.E. may not seem like much today. But it had solid gameplay and was a pioneer in the economic-simulation genre that includes SimCity. 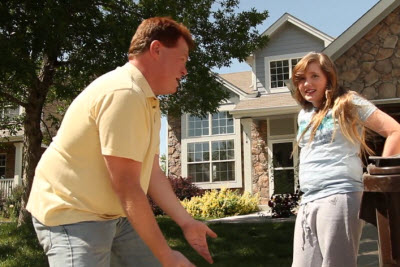 It’s about colonists who land on a planet, and they have these robotic mules (multiple use labor element) that they outfit for food and energy. In the original economic simulation, you buy a plot of land. Then you get a mule and equip it to be a miner, farmer, or some other useful occupation. You set it to work on your plot of land, and then you reap the resources. If you have time, you can hunt an elusive wumpus. At the end of the turn, random events, such as meteors, disrupt your colony. Players can buy and sell resources to maximize profit on the remote colony.

The new game, Alpha Colony: Return to Irata, will update the graphics to three dimensions. You can view the map from a top-down, angled view — similar to games like SimCity. Many different alien species will populate Alpha Colony all with different benefits. Each mule is a Swiss Army Knife, but it is also a character with emotions and a unique capability. The mule is a character that has a face that the player can feel an attachment to.

The fan base for M.U.L.E is still huge with eight dedicated and active fan sites. Williamson played thousands of M.U.L.E. games over the years, and in the past decade, he has been building his own M.U.L.E. prototypes.

“I feel there is no one more qualified to bring this game to a modern audience,” Williamson said.

He used his 401K savings to get this far. Now he’s asking for donations. The more you donate, the more you can participate in the creation of the game. Williamson got the rights for the game from Bunten’s family in Little Rock, Ark., and he also got access to design notes that Bunten created to do an update on the game. Williamson’s daughter, Gwendolyn, is helping with the project. Five full-time employees and a bunch of interns are helping, too. 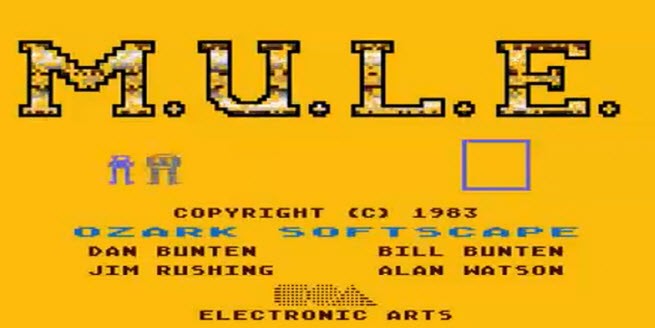 If the team raises enough money, it plans to do a complete remake of the original M.U.L.E. Below is a screen shot from Alpha Colony. 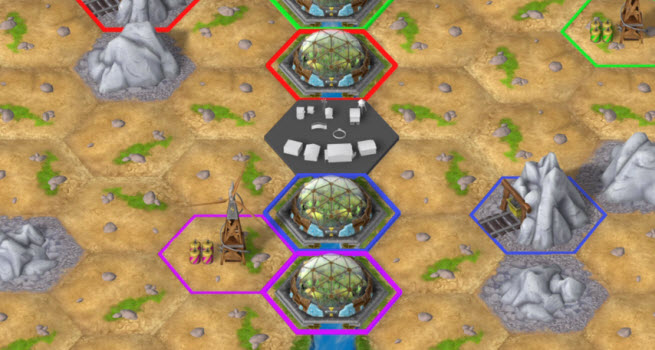