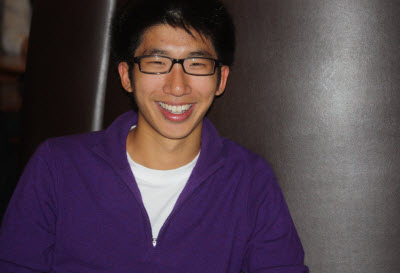 Kiip and GameSalad are announcing a partnership today that could ensure lots of new mobile games will have ad-based rewards baked into them from the start.

Kiip has a reward system that gives people real-world prizes for achievements in games. GameSalad’s game development platform makes it easy to create mobile games. Now all a mobile developer has to do to integrate Kiip rewards into a game is click a checkbox in GameSalad’s tools, said Brian Wong (pictured), chief executive of Kiip, in an interview.

Kiip was founded last year by 20-year-old Wong to create a network of advertisers that offer rewards if a gamer hits a certain level in a game. Once the gamer gets an achievement, a small banner appears on the screen from Kiip. If they tap on the banner, they can redeem the reward, such as a $5 coupon for merchandise or a free coffee.

The system is simple and it generates revenue for the game developers, since the advertiser is willing to pay good money to reward a gamer at the right moment of happiness, Wong said. When the company was developing the system last year, the team realized, “every single game had one thing in common: the achievement. It was everywhere and it had an emotional impact on the player.” The big idea was to find a way to automatically connect rewards with real-life value to the achievements. 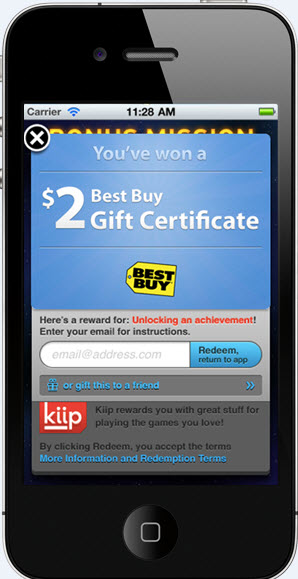 The result so far has been fewer players dropping out of games before hitting major achievements and rewards, Wong said. On the network, the number of achievements per user grew in the past month from 11 to 15. In other words, Kiip help improves the engagement of users with a product.

By integrating Kiip into GameSalad, the number of Kiip-enabled games could skyrocket. Right now, about 60 games with 35 million users total have integrated Kiip. That’s a pretty good number, given that Kiip is so young. But that number could go into the hundreds now that GameSalad is automating the process for rewards integration.

“For us, this changes everything and allows us to scale up,” Wong said.

GameSalad’s goal is to turn everyone into a game developer by creating simple tools that turn game making into a drag-and-drop processor. Mobile game developers will be able to map out their games’ benchmarks, such as high scores or leveling up, and then check a box to enable branded rewards. that will make it easier to monetize games.

“We’ll be part of the mobile game development cycle from inception,” Wong said. 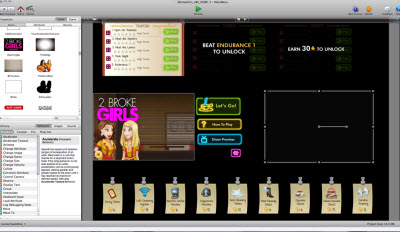 teve Felter, chief executive of GameSalad, said game developers will be able to use GameSalad Creator to tap an innovative form of monetization and build loyalty among players by offering real-world rewards. The rewards for in-game achievements are an alternative to traditional banner ads, which Wong criticizes because they do not catch a gamer at exactly the right moment. Kiip, by contrast, creates an emotional connection with gamers because it gives them a reward at the exact moment when they have accomplished something difficult. If the gamer doesn’t want the particular reward, he or she can immediately send it to a friend as a gift.

Kiip’s brand advertisers include Kodak, Best Buy (pictured) Popchips, 1-800Flowers.com, Vitamin Water and dozens of others. The eCPMs (effective cost per thousand impressions) is $5 to $6, much higher than other kinds of ads, Wong said.

The new version of GameSalad Creator with the Kiip integration is in limited release with GameSalad’s premium developer. The general release is slated for early December. GameSalad has more than 200,000 developers who have created more than 20,000 games.