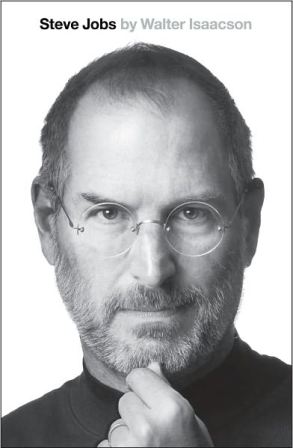 Not only do Kindle users get to avoid fighting through book store crowds to get their hands on Walter Isaacson’s new Steve Jobs biography, but they also got the chance to start reading it long before everyone else.

Amazon delivered electronic copies of the book earlier this evening to Kindle users who preordered it, several hours before the book was supposed to go on sale. At the time of this post, the Jobs bio still says it’s scheduled for release on October 24.

The Kindle version of Isaacson’s book costs $16.99 — just one dollar less than the hardcover version. By releasing it early, Amazon may garner some good will from customers who felt that the e-book version was overpriced (even though prices are set by the publisher, not Amazon.) And for the Kindle devoted, the early release is yet another reason to prefer e-books over paper.

I received my copy of the book on my Kindle around 10:30 pm Eastern, but judging from responses I’m seeing on Twitter, many received it even earlier.

Pre-orders of the Jobs biography skyrocketed after his death earlier this month. Simon & Schuster, the book’s publisher, also bumped up the release date from November 21 to October 24 due to increased consumer anticipation.