Wearable device startup Kinetic today nabbed $11.25 million in funding ($8.25 million in equity and $3 million in debt) that the company says will help it grow and scale its engineering, sales, and marketing teams and support R&D.

New York-based Kinetic aims to measure and improve industrial and warehouse workplace safety. A total of 5,250 U.S. workers died from work-related injuries in 2018, up 2% from the 2017 total of 5,147, according to the U.S. Bureau of Labor Statistics (BLS). And many more sustain serious or even life-altering injuries. As the BLS notes, workers in many different occupations can be exposed to risk factors like lifting heavy items, bending, reaching overhead, pushing and pulling heavy loads, working in awkward body postures, and performing the same or similar tasks repetitively.

Kinetic cofounder and CEO Haytham Elhawary says that he came to understand the impact of workplace injuries at an early age. During his childhood in London, his mother worked as an elderly care nurse, a job that severely strained her back. In 2014, Elhawary partnered with cofounder Aditya Bansal to begin development of a wearable device that could reduce industrial workplace injuries. Dozens of prototypes later, the team finalized their first product — Reflex — in 2016.

Kinetic’s Bluetooth-enabled, battery-powered, and fully rechargeable Reflex, which fastens to pant waistbands with a spring-loaded retention clip, is packed with sensors that detect injury-causing activities. Algorithms classify motions like bending, overreaching, and twisting and self-calibrate each session to trigger alerts, enabling workers to toggle between information stored on the device and steps or goals set by employers. (Reflex creates a map of the wearer’s body that measures things like angles, changes in height, and hip movement to estimate how their back is contorting.) Employees get daily and weekly breakdowns of activity, as well as additional insights and progress toward benchmarks. Employers see metrics by job type or individual, type of high-risk posture, and predictive analytics that attempt to shed light on the root cause of each injury.

“[Algorithmic] training was done on a large dataset of workers of differing heights, weights and gender and algorithms were developed that could extract body motion in real-time from the sensor data,” a Kinetic spokesperson told VentureBeat. “Using a single sensor data point on the hip was important because the main challenge is to develop a discrete device workers are comfortable wearing even as they do intense physical labor. The belt seemed like a perfect location to put this on.” 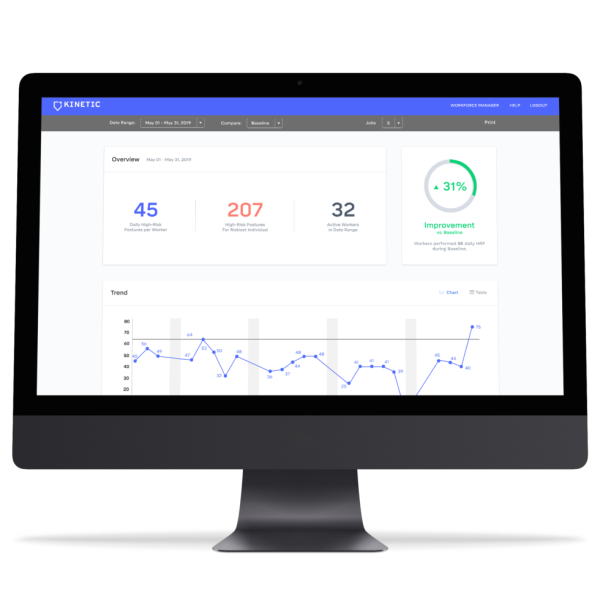 During the pandemic, Kinetic has introduced a new program that enables Reflex devices to encourage social distancing between workers. The devices vibrate lightly whenever employees get too close to each other, and a real-time dashboard of contacts allows for daily active monitoring with contact tracing. Managers can see how many exposures an employee has had during a given time frame, exactly who those exposures involved, the duration of each exposure, and the segment of the workforce where they occurred.

Kinetic claims tens of thousands of workers have worn Reflex devices in hundreds of facilities around the world. Customers range from companies in retail, logistics, and manufacturing industries, including six of the Fortune 50. Elhawary declined to disclose the company’s annual recurring revenue, but he told VentureBeat via email that year-to-date revenue has increased by four times. 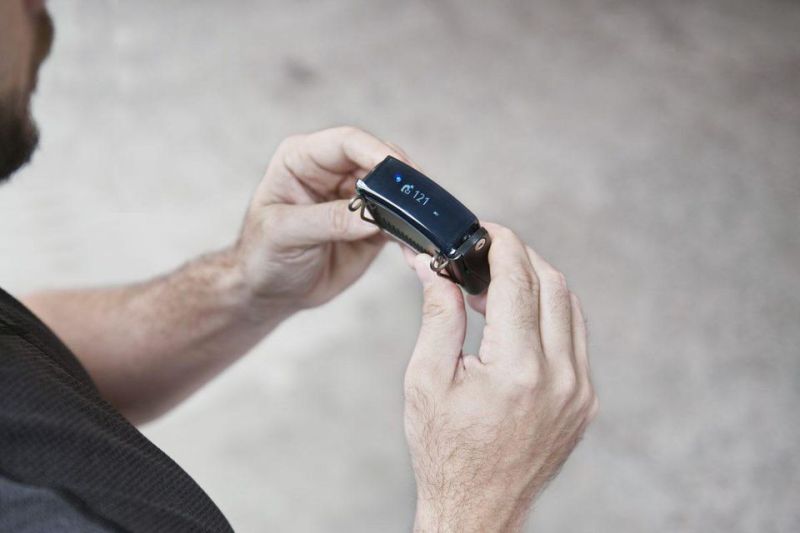 Crosslink Capital, Primary Ventures, and Nationwide’s venture capital arm participated in Kinetic’s series A, alongside new investors Prologis Ventures and Ubiquity Ventures. The round follows a $4.5 million seed round in October 2018.