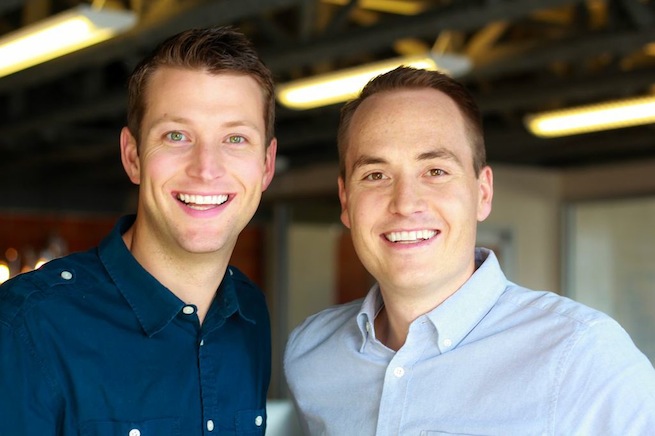 The U.S. postal system has not typically been a breeding ground for innovative startup activity.

But the founders of Outbox, a startup launching in San Francisco today, have an alternative to the “old system” of mail delivery. Outbox will collect and manage your physical mail for $5 a month, so you won’t have to visit your postal mailbox again.

Once you sign up, you’ll be prompted via the website, iPhone or iPad app to discard, deliver, prioritize, or unsubscribe from any piece of mail. Outbox’s team of “Unpostmen” will empty your mailbox three times a week and bring any mail back to a secure warehouse so it can be digitized. If you want a piece of mail delivered to your home or office, make a request from a smartphone or tablet, and you’ll receive it in a day or two (in a Prius!) at no additional cost. Outbox claims to be more secure than USPS as its Unpostmen go through multiple background checks and interview rounds.

The company plans to slowly onboard customers based on zipcodes in the coming weeks.

Cofounders Evan Baehr and Will Davis met at Harvard Business School (HBS), formed the idea, and tested it for six months in Austin, Tx. After they made the decision to launch in San Francisco, they sent a package of coffee and other treats to influencers as a reminder of how delightful it can be to receive a gift in the mail. With all the buzz it has already generated, Outbox has the potential to be the next Lyft.

Baehr said in an interview that he worked on a civic project with investor Peter Thiel (who is now an investor in the company), which prompted him to think deeply about the lack of innovation in government. “I learned about how you could see a public problem and then build a private business,” he said. At HBS, he joined up with Davis to build out a “Dropbox for your mail” and improve a “really messed up market.”

“We brought some lean startup approaches into a dusty space,” he said. Lean startup, a movement popularized by Eric Ries and Steve Blank, motivates entrepreneurs to build innovative tech companies with a small budget and quick-and-dirty engineering skills.

In a digital age, is the U.S. postal service really ripe for disruption? According to Outbox’s founders, about 10 percent of the U.S. economy flows through this platform. And even with paper-based systems being replaced, there will always need to be a delivery mechanism for physical items. “Even the most dire predictions see letter volume drop from 150 billion to 120 billion in the next 10 years,” said Davis. “That’s a heck of a lot of mail.”

For this reason, they are not the only startup to take on traditional postal mail. PaperKarma, a recently-launched app, lets people block junk mail by snapping a photo. All the company really needs is information about the sender. Earth Class Mail has raised over $20 million in venture funding to turn your snail mail into email.

Likewise, a startup called Zumbox will digitize your postal mail and deliver it online. CEO John Payne said the major challenge for Outbox is security. “When dealing with important financial documents, such as shareholder communications or bills, security is the number one concern for consumers,” he told me. “We are clearly and simply showing our constituents we’re serious about security,” he said.

Outbox’s founders speak boldly about “reinventing the U.S. postal service” and “disrupting volume mail delivery,” but they claim to have a lot of respect for USPS and Fedex. Davis said their “arms are open,” and Outbox is open to partnership opportunities as they gear up for launch in new markets.

The company has raised $2.2M to date with Floodgate Fund and five other angel investors including Peter Thiel.