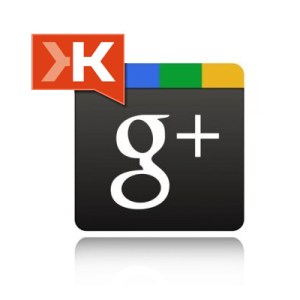 Klout, the startup best known for its tools that measure a person’s online influence, has added integration with the Google+ social network, the company announced today.

Klout works by measuring a person’s activity on a variety of social networks such as Twitter, Facebook and Foursquare. Based on that individual’s interaction within those social networks, Klout calculates the true reach of that person’s communications and issues them a 1 to 100 Klout score.

“We’ve seen people using the service as a blog replacement, a user feedback system and, of course, to post pictures of their cats,” said Klout CEO Joe Fernandez in a blog post.

After users connect their Google+ accounts with Klout, they’ll be measured by the number of comments and +1 (Google+’s version of Facebook’s Like button) received from content they post on the social network. One thing that won’t effect a user’s Klout score is the number of people or circles they are included in.

“We’re interested in measuring your ability to drive action: getting added to circles won’t increase your Klout score but getting comments and +1’s on your posts from influential users certainly will,” Fernandez said.