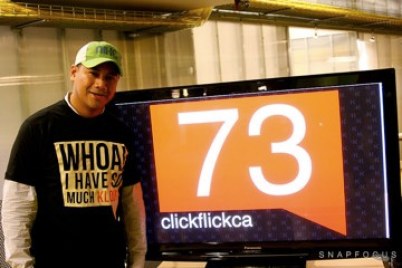 While it’s been talked about for some time, Klout today finally confirmed that it raised a “strong” third round of funding — though it won’t say how much.

Klout CEO Joe Fernandez confirmed the funding with All Things D, and said that the round was led by Kleiner Perkins. In October, the company was said to be raising around $30 million at a massive $200 million valuation with Kleiner at the head.

As VentureBeat’s Tom Cheredar described it when word first hit about the funding, Klout works by measuring a person’s activity on a variety of social networks such as Twitter, Facebook LinkedIn Google+ and others. Based on that individual’s interaction within those social networks, Klout calculates the true reach of that person’s communications and issues them a 1 to 100 Klout score.

The funding is a good sign for Klout’s long-term viability, especially since the service has caught flack from the tech community over its seeming frivolity. It has been criticized as a mere popularity contest for the web, and the value of a Klout score is still unclear.

It seems the company is ready to tackle these common criticisms head on with the funding:

“We’ve already made significant investments in both engineering and infrastructure, and with this funding we’ll invest further in these areas so we can continue to provide the most accurate and transparent measurement of influence,” Fernandez wrote in a blog post today. “We’ll also help our community become better users of social media, expand Klout Perks so that all influencers are rewarded for their influence, and make it clear why it pays to have Klout.”

Fernandez also said that the service is now handling 10 billion API requests per month, up from just 100 million last January. There must have been a big jump in December for Klout, as the company announced it had hit 7.5 billion monthly API requests just last week.

In addition to this latest funding round, San Francisco, Calif.-based Klout has raised $11 million in funding over two previous rounds.