Knoetic, a startup developing a social and analytics platform for enterprise employee management, today emerged from stealth with $18 million in funding, led by Accel with participation from over 100 angel investors, including executives from LinkedIn. Founder and CEO Joseph Quan says that the proceeds will be put toward product development and growing Knoetic’s workforce across go-to-market and engineering teams.

The responsibilities of a chief people officer (CPO), or chief human resources officer, typically include creating board decks, presenting data to CEOs, and improving employee retention, compensation, and hiring programs. But as a recent Protocol report reveals, because CPO roles are broader than more traditional HR positions and CPOs often lack the general management training to navigate these newer roles, they frequently last one to two years. It’s a worsening trend. According to Talent Strategy Group, over 19% of Fortune 200 CPOs turned over in 2019, representing a 16% higher turnover rate compared with 2018. 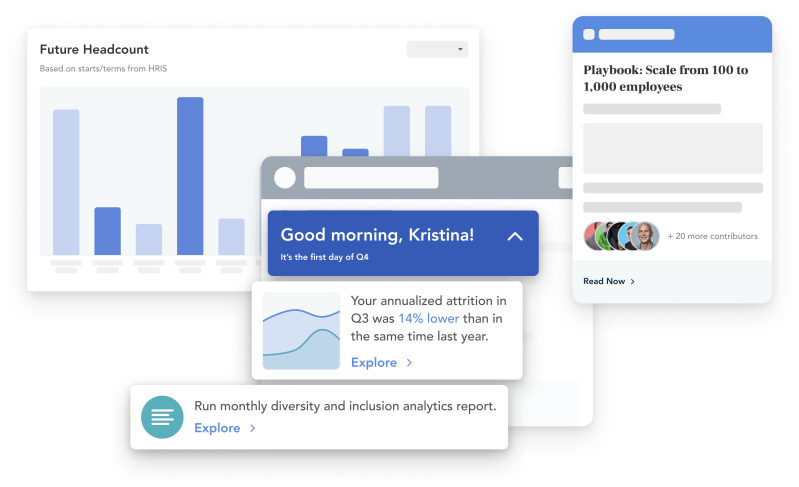 Quan founded Knoetic, previously known as Twine Labs, to tackle these challenges by combining a social network of over 1,000 CPOs, which the company called CPOHQ, with a software-as-an-analytics tool. He asserts that this “insight engine,” which was designed with input from over 100 CPOs, gives customers both quantitative and qualitative insights, enabling them to make smarter, more holistic decisions about their workforce.

“Knoetic was entirely born out of the pandemic. Chief people officers were thrown into the spotlight — suddenly becoming the most important executives in the C-suite as they had to think through answers around pandemic responses, return to work policies, the reckoning around Black Lives Matter, and much more,” Quan told VentureBeat via email. “They were suddenly incredibly critical to their companies, but also alone and lost. Our CPO community arose as a way for these CPOs to open up and strategize around the most pressing topics they faced as executives.”

Knoetic’s referral-only CPOHQ offers a forum for CPOs to discuss topics like budget planning and immigration policies — and, more recently, return-to-work timelines and navigating the Delta variant. Membership is limited to one person per company, with every member “carefully vetted,” according to Quan. And on a weekly basis, CPOHQ hosts “ultimate, confidential” gatherings with 5-10 fellow CPOs.

On the analytics side, Knoetic integrates with human resources platforms including Workday, Greenhouse, ADP, and Lever to become a single source of truth for people analytics and visualizations. Quan says that the company is in the exploratory phase of deploying machine learning models to predict the drivers of attrition and turnover, successful or fast-promoted employees, and employees who become central to the success of their organization. 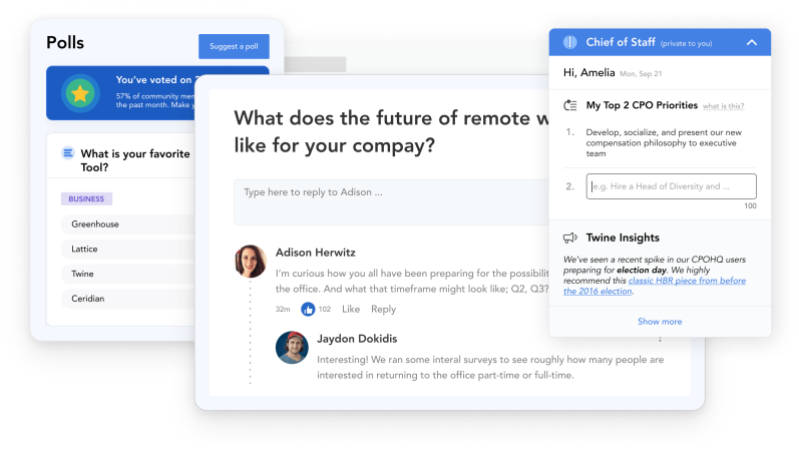 “Because we ingest and aggregate data from every human resource system across a company’s entire employee base, we have rich and unique access to people data,” Quan said. “Using Knoetic, CPOs at companies like Discord, Lyft, and more can answer questions about historical attrition trends, or diversity in a specific team, group, or department, or pull together a report … The analytics [can] diagnose what’s happening inside a company while the community [can help CPOs] understand how they should act and what they can do about the problems they diagnose within.”

Knoetic, which has 25 employees and expects to be at 40 by 2022, claims its community includes CPOs from Lyft, Squarespace, Amplitude, Snyk, Dollar Shave Club, and Zapier. CPOHQ has a double-digit monthly growth rate and is adding cohorts of 100 new members monthly.

“[Our] positioning has led us, in no time, to become the number one network for Chief People Officers for leading technology companies,” Quan said. “We were growing our annual revenue rate roughly 500% over a 12-month period and we’re anticipating another three-to-five times growth year-over-year … We’re north of 50 customers, and have 1,000 CPOs and counting on our community, many of whom call it ‘their most valuable social network.'”