Koding, a startup that has constructed a cloud-based integrated development environment in which developers can quickly start writing and debugging code, is announcing today a $10 million round of funding.

And today the startup is also unveiling Koding for Teams, a new service that teams of coders can use to get instant access to customized stacks of development tools, compute infrastructure to build on, integrations with services like GitHub, and audio and video chat.

“You will be able to write your first line of code in five minutes” with Koding, Devrim Yasar, cofounder and chief executive of the startup, told VentureBeat in an interview.

The ascent of Koding follows the appearance of cloud-based IDE startups such as Cloud9, Codeanywhere, and Nitrous.io. But Koding does more than that — it can allow companies to do remote interviews or have employees in different time zones troubleshoot each other’s code, among other things. That’s because it’s not dependent on one person’s setup. Everything is inside of a virtual machine (VM) that multiple people can work on together.

But that’s not to say developers can’t use their preferred IDEs and text editors to write code. They can. “You can use Sublime and coding at same time,” Yasar said. “When you get stuck, come back to the browser and collaborate with your code.”

Koding is the first investment that Ari Zilka has made since he joined Khosla Ventures as a venture partner in April. Previously he was chief products officer and chief technology officer of Hadoop distribution company Hortonworks, and earlier in his career, Zilka founded Terracotta, which Software AG bought in 2011.

Zilka was impressed when he discovered that Koding has more than 1 million free users, with almost half of them coming back to be monthly active users. But beyond the promise that sort of adoption suggests, he’s clearly excited about how much Koding can help in commercial software development settings. And Zilka knows all about such places.

The real appeal is cutting down on the amount of time it takes for developers to get comfortable writing code. Going from months to weeks to days could be something a whole lot of companies would want.

“It’s communications, collaboration, and provisioning in one, across all platforms,” Zilka said.

Zilka has found 20 prospective customers who are ready to pay for Koding, Zilka said. And the startup has inked partnerships with cloud providers Amazon Web Services and DigitalOcean, among others. 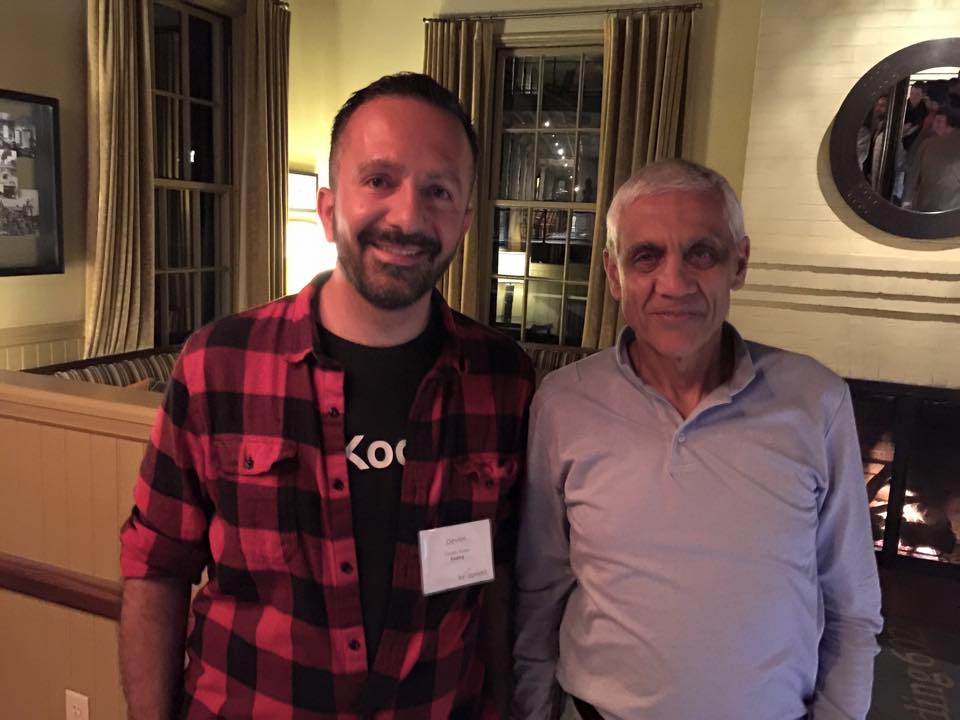 Vinod Khosla, the founder of Khosla Ventures and earlier in his life a founder of Sun Microsystems, has confidence in Zilka’s perspective.

“It should be obvious but, you know, if I’m a young entrepreneur starting a company in the big data space or the cloud space, Ari can speak to you about that,” Khosla told VentureBeat in an interview earlier this year, when Zilka first came onboard at the venture capital firm. “I’m looking for somebody who both architecturally understands where the world is going technically and has a large network of customers that they have relationships with, that really understand what the customer is looking for. From my point of view, Ari becomes extremely attractive to any entrepreneur wanting to build a business in this space.”

In the case of Koding, the application of cloud computing to software development has brought about the introduction of a product that Zilka thinks is just right for the future.

Koding started in 2012 and is based in San Francisco. Around 26 people work for the startup, and the headcount should be floating between 40 and 50 in a year or so.

Khosla Ventures led the new round of funding in Koding, with 500 Startups, Matrix Partners, and RTP Ventures also participating. To date the startup has raised $20 million.

A Koding blog post has detail on what the startup plans to do with its new funding.