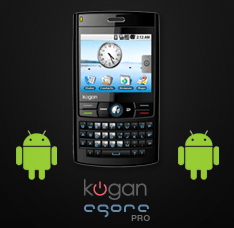 How much do third-party developers matter to the mobile handset manufacturers building for Google’s Android operating system? Enough to indefinitely delay the Kogan Agora, a device that intended to be the second Android-powered phone in the world, after HTC’s G1.

There you have it. The phone was days away from shipping — and was apparently otherwise in good shape — but the company was so worried that it couldn’t handle other people’s applications that the device is going back to the drawing board. That’s even though there aren’t very many Android apps right now. The company is sending a full refund to anyone who pre-ordered.

Let me put it another way: Kogan expects third-party devices to be so key to Android that its willing to lose what can only be many millions of dollars as well as cede the number two Android-phone title.

Meanwhile, of course, a range of other companies are working on their own Android phones, from white-label manufacturers in China to consumer-facing brands. And as we’ve covered extensively, you can expect to see the Android OS on netbooks if not other devices within the next couple of years.

The silver lining for Kogan, though, is that even if it loses its Android thunder to competitors, it’s already gotten a ton of worldwide publicity for its efforts.