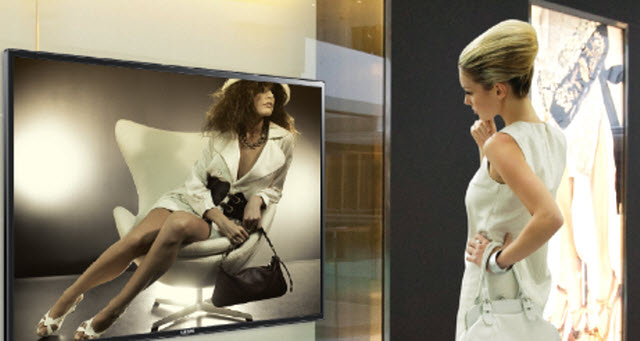 Microsoft and Samsung are starting to take preorders for the latest version of the Microsoft Surface touchscreen display. The new multitouch tabletop screen will be known as the Samsung SUR40 Surface 2.0 display.

The Surface technology is cool because it looks and works like a sci-fi display. You can touch any part of it to make cool images appear or become distorted. Now the companies are trying to turn that cool technology into a real business tool for a street price of around $8,400.

Microsoft announced the display in January 2011 at the Consumer Electronics Show, but Samsung pushed off shipments until January 2012. While the first Surface was a bulky table, Microsoft designed the second generation of the display to be a flatscreen.

The new Surface system is available in 23 countries for preorder. You can imagine that it would look good in a hotel lobby or high-end retail store. It can be used as a table, a wall-mounted screen or kiosk. You can also combine it with Microsoft’s Kinect motion-sensing system for the Xbox 360 if you want to control it with gestures rather than touch. The system is designed so that multiple people can use the screen at the same time. It can recognize up to 50 points of simultaneous finger touches.

Surface is still one of the coolest ideas Microsoft has come up with, but it remains to be seen if the company can get the pricing low enough to turn the display into cool coffee tables. Microsoft sees business uses in automotive, education, finance, retail, healthcare and other markets. Customers include Dassault Aviation, Fujifilm Corp. and Royal Bank of Canada, all of which plan to deploy units around the world in early 2012.