Raising our kids and being an entrepreneur wasn’t easy. Being in a startup and having a successful relationship and family was very hard work.  But entrepreneurs can be great spouses and parents. 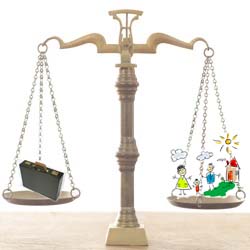 This post is not advice, nor is it recommendation of what you should do; it’s simply what my wife and I did to raise our kids in the middle of starting multiple companies. Our circumstances were unique and your mileage will vary.

After Convergent, I was a co-founder of my next two startups: MIPS and Ardent.  And while I had great adventures, by the time I was in my mid-30’s I knew I wanted a family. (My friends noticed that I was picking up other people’s babies a lot.) I didn’t know if I was ready, but I finally could see myself as a father.

I met my wife on a blind date and we discovered that not only did we share the same interests but we were also both ready for kids. My wife knew a bit about startups.  Out of Stanford Business School she went to work for Apple as an evangelist and then joined Ansa Software, the developer of Paradox, a Mac-database.

Our first daughter was born about four months after I started at SuperMac. We ended up sleeping in the hospital lounge for 5 days as she ended up in intensive care.  Our second daughter followed 14½ months later.

Family Rules
My wife and I agreed to a few rules upfront and made up the rest as went along. We agreed I was still going to do startups, and probably more than most spouses she knew what that meant.  To her credit she also understood that meant that child raising wasn’t going to be a 50/50 split; I simply wasn’t going to be home at 5 pm every night.

In hindsight this list looks pretty organized but in reality we made it up as we went along, accompanied with all the husband and wife struggles of being married and trying to raise a family in Silicon Valley.  Here are the some of the rules that evolved that seemed to work for our family.

“Live to Work” or “Work to Live”?
When I was in my 20’s the two concepts that mattered were “me” and “right now.” As I got older I began to understand the concept of “others” and “the future.” I began to realize that working 24/7 wasn’t my only goal in life.

As a single entrepreneur I had a philosophy of, “I live to work” – nothing was more exciting or important than my job.  Now with kids it had become, “I work to live.” I still loved what I did as an entrepreneur but I wasn’t working only for the sheer joy of it, I was also working to provide for my family and a longer-term goal of retirement and then doing something different. (The irony is when I was working insane hours it was to make someone else wealthy.  When I moderated my behavior it was when they were my startups.)

Work Smarter Not Harder
As I got older I began to realize that how effective you are is not necessarily correlated with how many hours you work.  My ideas about Customer Development started evolving around these concepts.  Eric Ries’s astute observations about engineering and Lean Startups make the same point.  I began to think how to be effective and strategic rather than just present and tactical.

What Will Your Epitaph Say?
At some point I had heard two aphorisms , which sounded very trite when I was single but took on a lot more meaning with a family.

I hope I did it right.