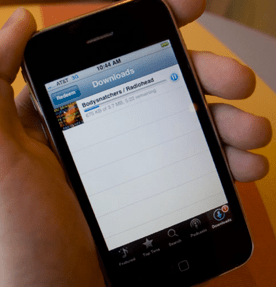 A class action lawsuit filed against AT&T is alleging that the company is routinely overcharging its 20 million iPhone and iPad users for data usage. The cost? According to the lawsuit, up to $10 to $15 a month in additional charges — but sometimes as high as 300%.

The lawyers involved in the lawsuit said they spent $80,000 in employing a firm to conduct independent tests. The tests involved buying new iPhones, disabling any applications that could trigger data usage, and letting it sit untouched for two weeks. To their surprise, the bills reportedly included charges for 35 separate transactions.

Barry Davis, one of the lawyers involved in the lawsuit, spoke to MSNBC and compared the overcharging to a rigged gas pump where “you ask for a gallon of gas, but only get nine-tenths.” Davis said that his team found that every single transaction tested was overcharged. The lawsuit was filed in federal district court in Oakland, Calif. and is seeking unspecified damages.

In response, AT&T issued a statement stating that the allegations were “without merit.” The company added that it properly bills for all data that customers send and receive, pointing to background processes in smartphones and tablets for the additional charges.

This isn’t the first time the company is being sued over its data policies. In 2009, the company was involved in a similar class action lawsuit, which alleged it was illegally collecting tax on data charges, in violation of the Internet Tax Freedom Act. The company settled by opting to let customers who were affected claim unspecified benefits.