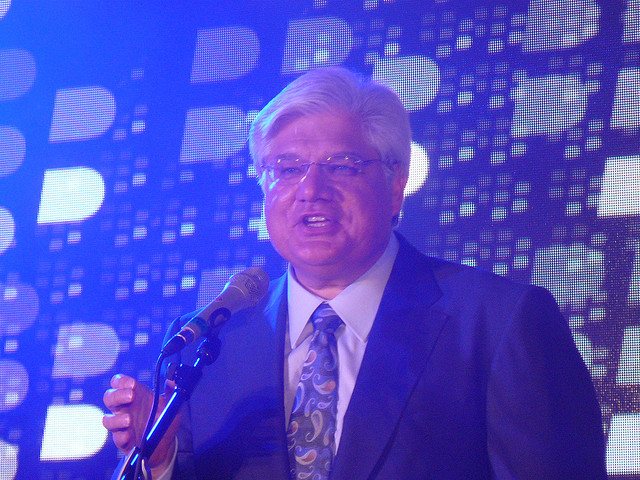 The Mike & Ophelia Lazaridis Quantum-Nano Centre will open tomorrow, Bloomberg reports, and it’s where Lazaridis will double-down on his efforts to promote technological improvements in quantum computing and nanotechnology.

The massive donation in nascent technology isn’t anything new for Lazaridis: In 2000, he founded the Perimeter Institute for Theoretical Physics and has donated around $150 million to it so far. He’s also donated more than $100 million to the University of Waterloo’s Institute for Quantum Computing.

Lazaridis and his RIM co-CEO Jim Balsillie both stepped down from their roles in January, after facing criticism for not innovating RIM’s hardware and software to compete with the iPhone and BlackBerry. But things aren’t shaping up much better for new RIM CEO Thorsten Heins, who in June announced that next-gen BlackBerry 10 devices won’t appear until 2013.

Why the fascination with tiny computing? Both nanotechnology and quantum computing have far-reaching applications in fields like biotechnology, allowing us to develop treatments that work at the cellular level. Lazaridis also tells Bloomberg that this research could lead to tiny energy sources and self-repairing elements for nuclear plants. Most importantly, the move towards nanotech and quantum computing will allow us to leap beyond the limitations of Moore’s Law, the notion that number of transistors on integrated circuits double every two years.

“We can’t offer [people working at the center] ocean, beaches, or mountains, but we can try and offer them the best environment, the best collaborators, the best equipment that would be conducive to them making the breakthroughs of their lifetime,” Lazaridis told Bloomberg. “One of the best ways to describe this is, we’re trying to break the known laws of physics.”