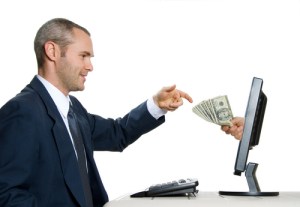 The companies are accused of colluding to artificially inflate the prices of LFT LCD panel prices for seven years, starting in 1999. This is just the latest sanction in an ongoing series of lawsuits and probes that have brought against the cartel by consumers, state and federal governments, and international organizations since 2006. Of this settlement amount, $501 million will be used to issue partial refunds to consumers in 24 states who purchased products that used the offending panels between 1999 and 2006. The companies are also paying $37 million to government and other public agencies that purchased the panels.

“This price-fixing scheme manipulated the playing field for businesses that abide by the rules, and left consumers to pay artificially higher costs for televisions, computers and other electronics,” New York Attorney General Eric Schneiderman said in a statement.

So far, the companies and executives have racked up more than $890 million in fines, according to Reuters. In 2008, LG Display, Sharp and Chunghwa Picture Tubes plead guilty to criminal charges for the price fixing conspiracy and agreed to pay $585 million in fines. According to the Justice Department, the companies held meetings at which they agreed on a fixed price for the panels and exchanged sales information in order to keep the agreement in check.

Under this latest settlement, Samsung would pay the largest amount at $240 million. Sharp would pay $115.5 million, Chimei Innolux $110.3 million, Hitachi $29 million, and HannStar $25.7 million. The total amount could still rise, since some other defendants have not yet agreed to settle.

In addition to paying the latest fines, the companies have agreed to help prosecute other defendants.