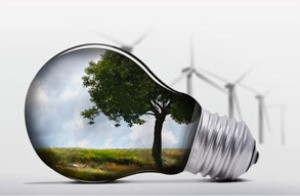 Smart grid semiconductor company Accent announced it has raised $7 million in a second round of fundraising from Tallwood Venture Capital.

Newer cars will be allowed to use higher levels of ethanol in gasoline, the Wall Street Journal reports — as high as 15 percent ethanol for cars made since 2007. The current cutoff is 10 percent. For cars made between 2001 and 2006, the EPA is awaiting more research before issuing a decision. A press conference on the announcement is scheduled for this afternoon.

GE is entering the thin-film and CIGS solar market. The company announced that it will make cadmium telluride cells with PrimeStar solar, to be available next year and tailored for utility-scale projects. It has also entered into an agreement with Japanese energy company Solar Frontier to make thin-film solar modules with CIGS technology, named for its ingredients: copper, indium, gallium and selenide.