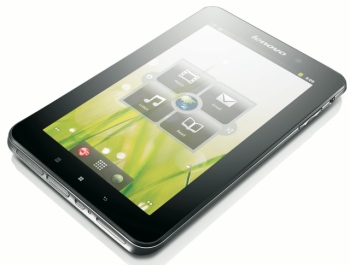 Lenovo on Thursday unleashed details on its new IdeaPad A1 Android tablet, with the most surprising element being its $199 price tag.

That may be all it needs to get attention in the crowded tablet market.

After HP recently dropped its webOS TouchPad tablet to $99, consumers went into a frenzy to get their hands on it, indicating a strong market for low-price tablets. With Apple charging a minimum $499 for the iPad, other manufacturers have the opportunity to sweep in on the low-end — but so far no one credible has. A Forrester Research analyst even said an Amazon tablet could become the number two tablet on the market in 2011 by launching it for less than $300.

With this in consideration, Lenovo’s move to offer the IdeaPad A1 for $199 is well-timed. Two features that make the tablet a standout at its price level are its sharp 1024-by-600-pixel resolution and the fact that the screen is capacitive touch. Many cheap tablets have a resistive touch screen, which isn’t as responsive as a capacitive screen.

Other, less charming elements reveal how Lenovo got the IdeaPad A1’s price so low. The tablet runs Android 2.3 (Gingerbread) software rather than the more advanced Honeycomb software, which runs on higher-priced Android tablets. It also includes a single-core 1-GHz Cortex A8 processor, 3-megapixel camera on the back, .3-megapixel camera on the front, a GPS receiver, 2GB of internal storage and a microSD card slot for adding up to 32GB of extra memory. The device measures 0.47 inches thick and weighs 0.88 pounds.

The IdeaPad A1 will likely hit stores in mid to late September. For those who need personalization, the device will come in black, blue, white and pink.

Yesterday’s announcement that AT&T would soon sell the HTC Jetstream Android tablet for $700 provoked my ire as well some shocked reactions from our readers. Not only does AT&T expect a customer to pay $700 upfront but he or she is also locked into a two-year contract. It’s simply too much.

Would you be willing to buy a $199 Android tablet?