Lenovo is the world’s biggest PC maker. The company also happens to own phone maker Motorola. While Lenovo dominates in PCs, it’s also pushing “detachables” and tablets in an effort to see what sticks.

Microsoft’s Surface line continues to influence Lenovo’s latest laptops. Two of those are laptops with a tablet mode and the third is a tablet with a laptop mode. 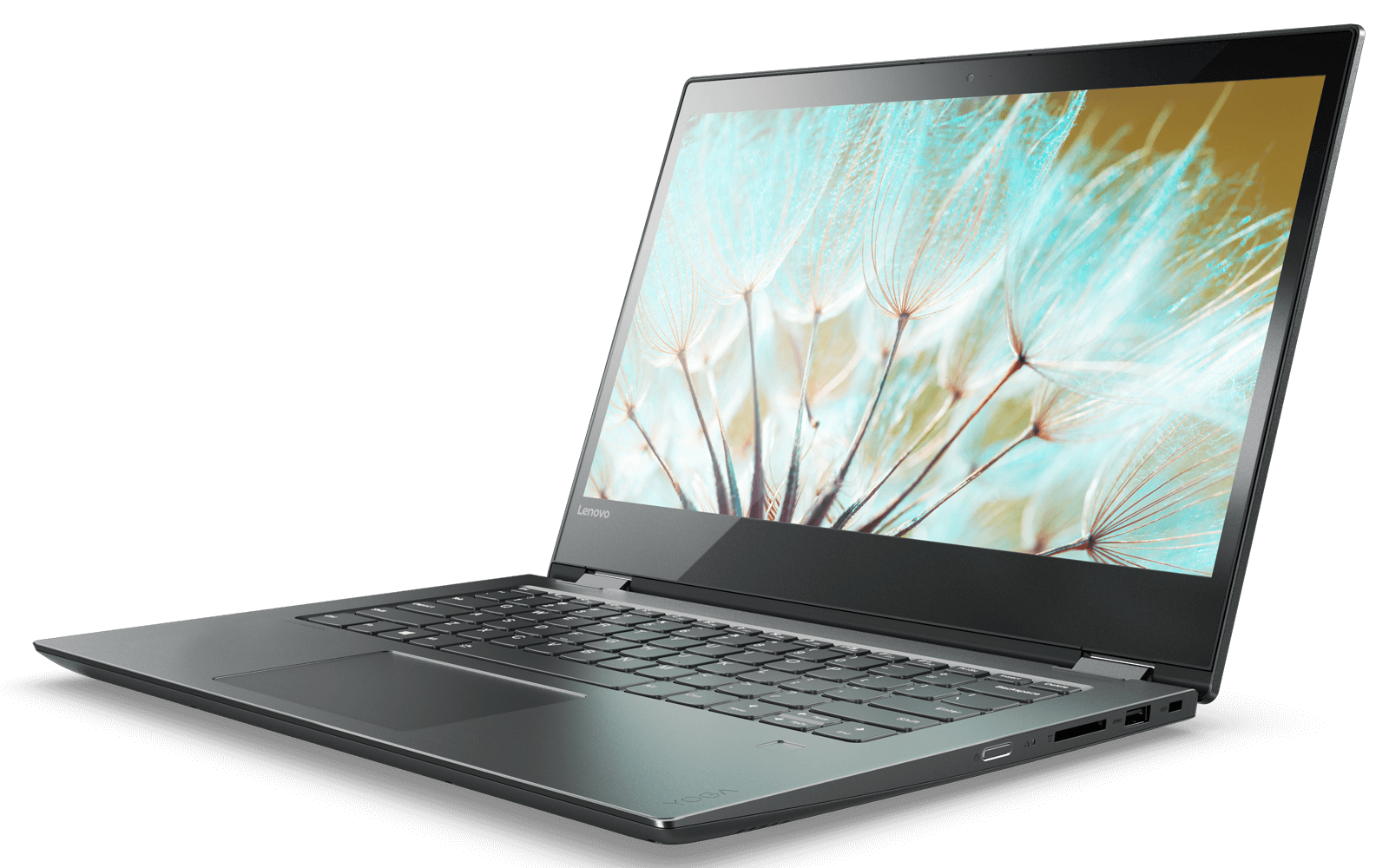 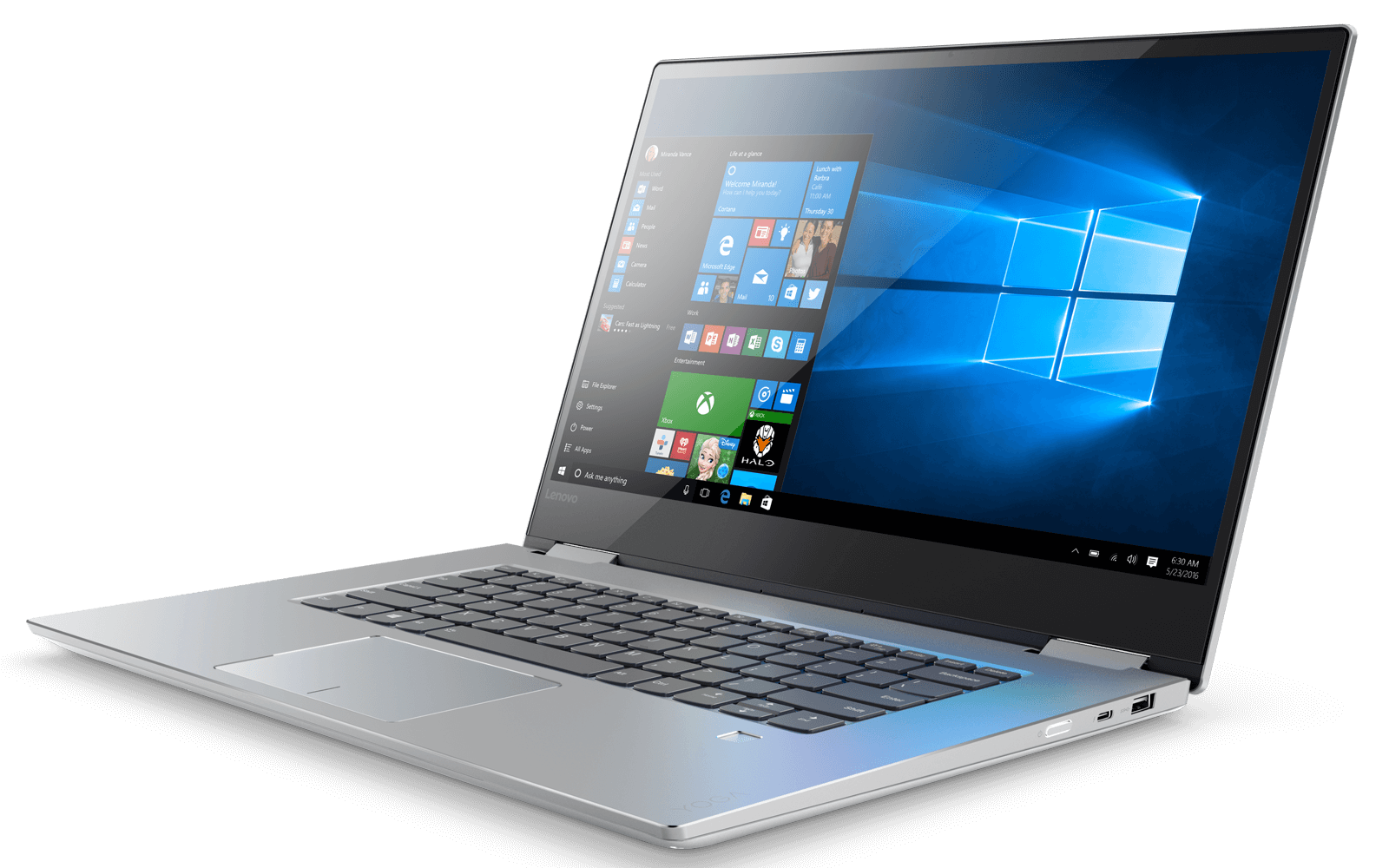 The Yoga 720 comes in 13-inch (1.3kg) and 15-inch (2kg) models. Both are powered by the latest seventh-generation Intel Core i7 processors and offer 9 hours of battery life in FHD (1920×1080) resolution. The graphics card can be upgraded to the Nvidia GeForce GTX 1050. The 720 comes with a fingerprint reader built-in. 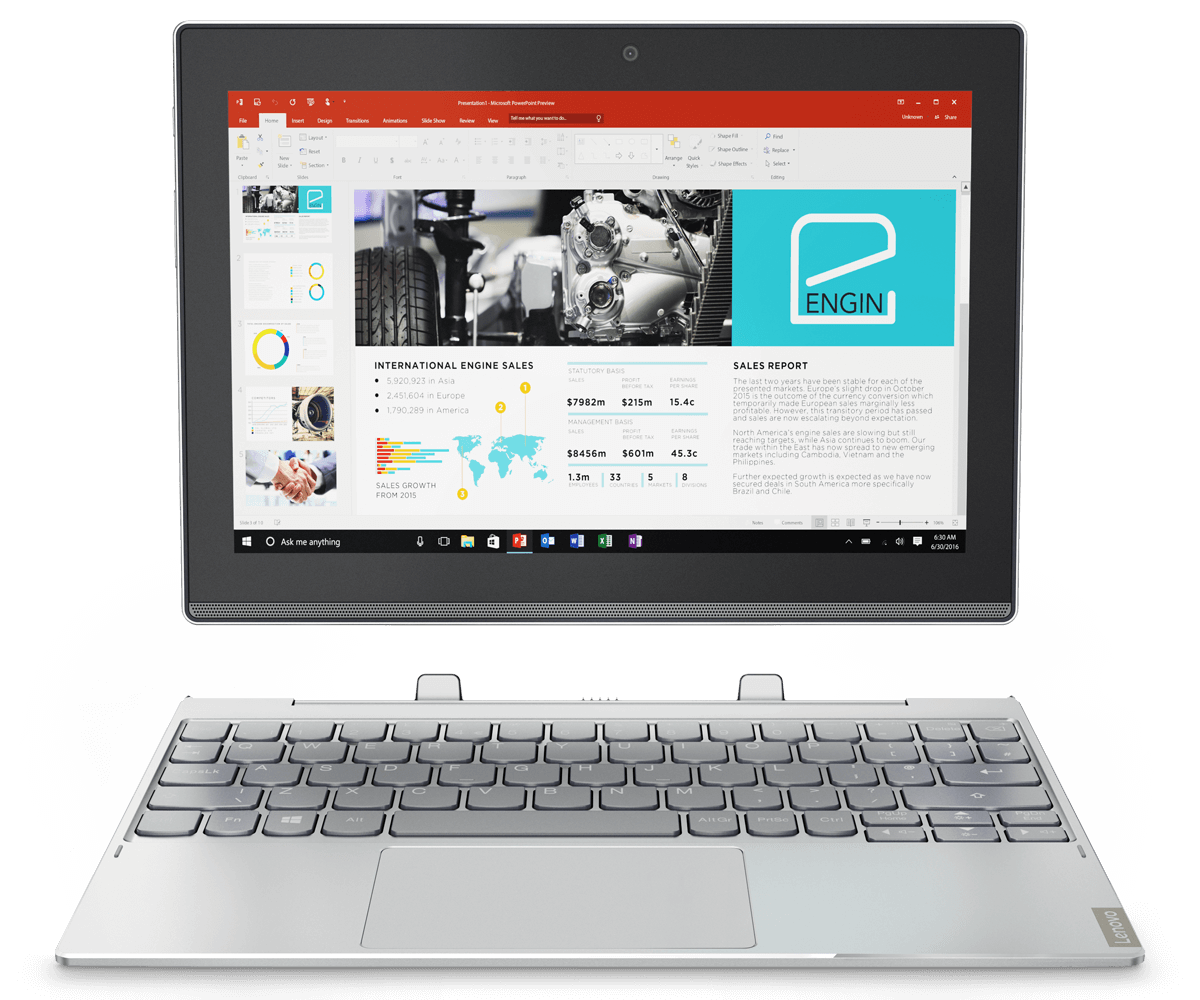 The Miix 320 is a 2-in-1 10-inch tablet weighing 550g. It features optional 4G LTE, comes with a detachable keyboard, and provides up to 10 hours of battery life. It can be upgraded to 64GB eMMC of storage and 4GB DDR3L of memory.

Lenovo smartly decided not to launch any non-Moto smartphones at this year’s event, keeping the “Lenovo” brand tied to just tablets. The Tab 4 Series ships with Android 7.0 Nougat, so they’re definitely worth a look, despite their dumb names. 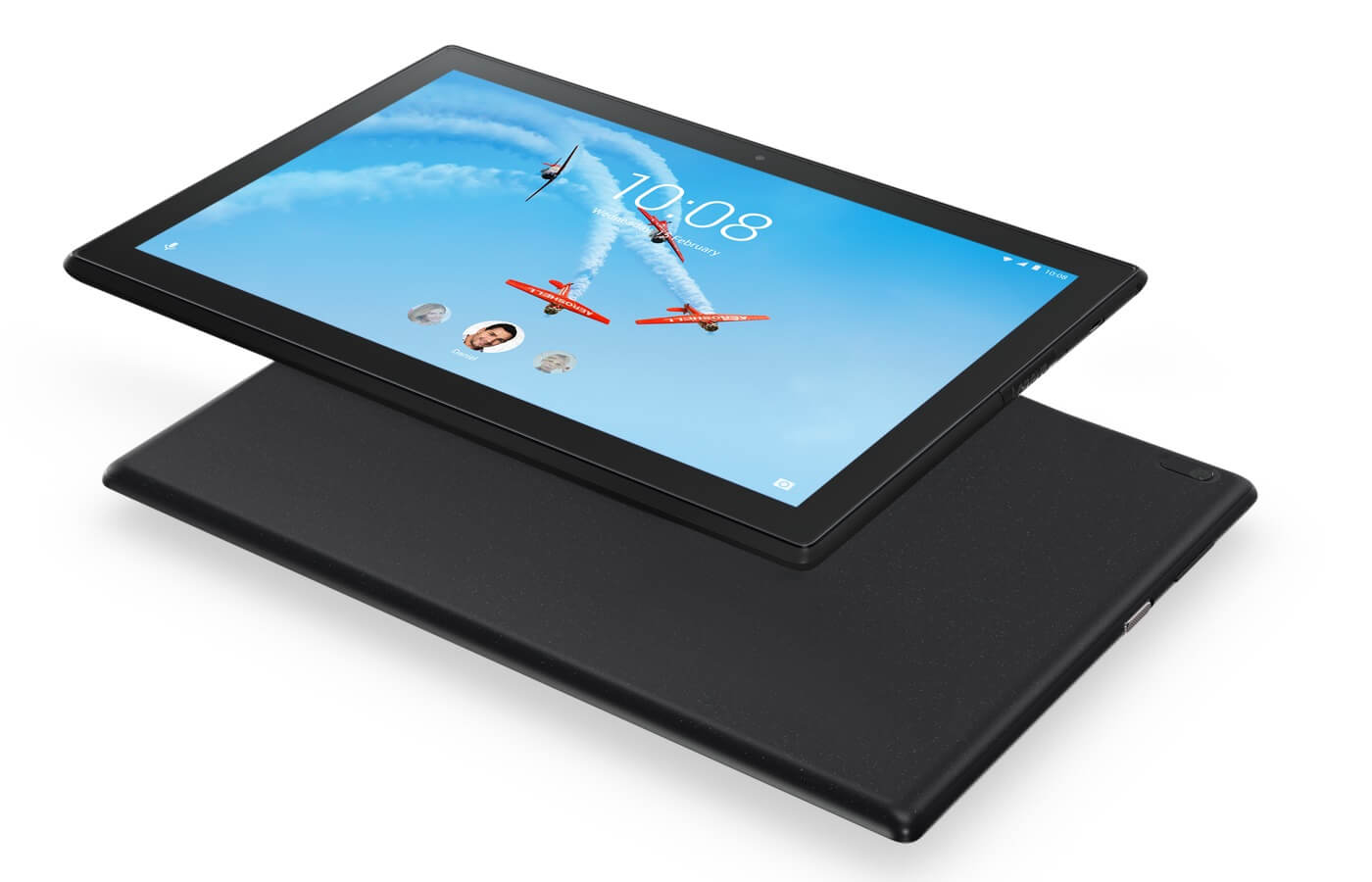 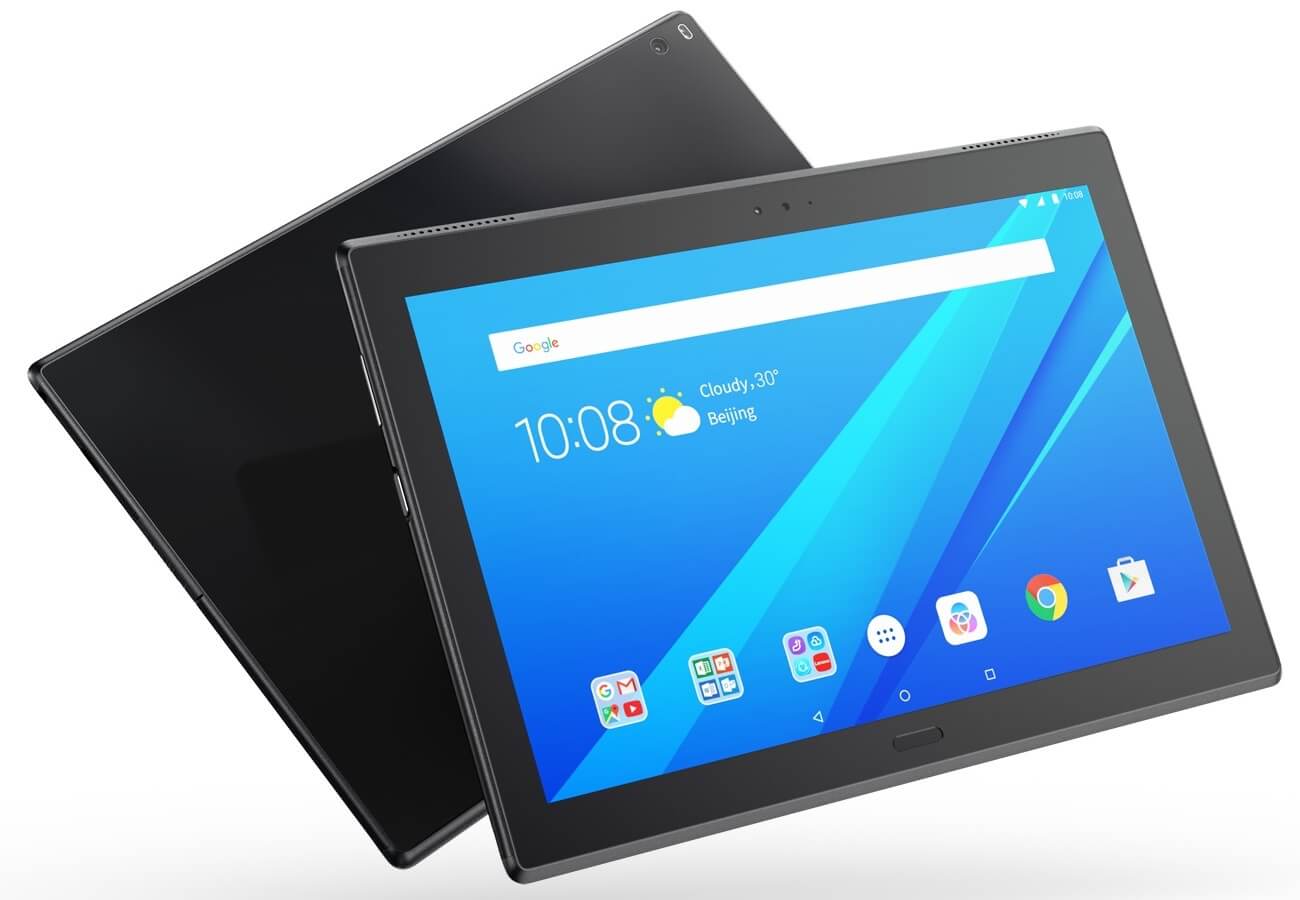 The Tab 4 8 Plus and Tab 4 10 Plus are slightly higher-end: FHD IPS screens, octa-core Qualcomm MSM8953 Snapdragon processors with Adreno 506 GPU, 4GB of RAM, and 32GB of storage. They also have dual speakers and Dolby Atmos moving audio, a fingerprint reader, USB Type C, and Quick Charge 3.0.

Lenovo Connect is a global wireless roaming service that works across devices, networks, and borders for customers in China, Europe, the Middle East, and Africa (EMEA). The whole point of the service is to eliminate the need for a separate SIM card when you travel — instead, it offers low-priced global roaming for companies and mobile professionals. Beginning this quarter, Lenovo will offer the technology on select Miix 320 detachables, with plans to expand to Yoga convertibles later this year.

Lenovo unveiled fewer devices at MWC this year. There’s still plenty of overlap here, but it’s much easier to digest: Pick an operating system and then pick a screen size.