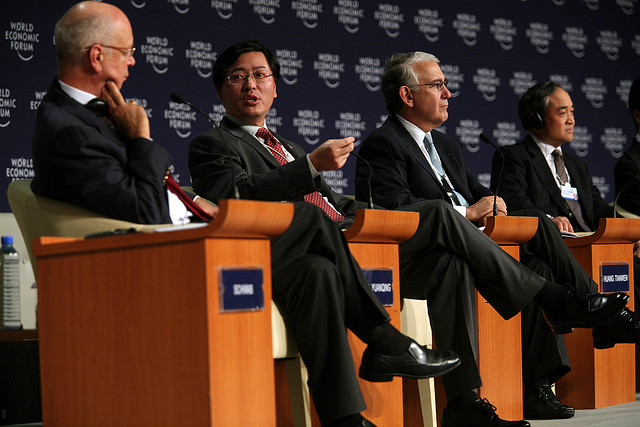 A Lenovo chief executive helped the image of fat cat CEOs everywhere Thursday. Yang Yuanqing (second from the left, above) CEO of the China-based PC maker took $3 million he received above his normal bonus and distributed it to 10,000 underlings. The $314 payout to employees amounted to an entire month of wages for the average factory worker assembling cell phones and other consumer items.

There’s no word why Yang took the measure, other than calling a 73 percent  jump in profits part of a “record-setting year for Lenovo.” The company also recently announced that it’s bringing production of the iconic ThinkPad back to Japan.

But before anyone sheds too many tears for the head of Lenovo, Yang received $5.2 million in bonuses for the fiscal year that ended in March, part of a $14 million overall annual salary.

It’s rare to see a chief executive share the bounty of a hot technology company. One only wonders whether this sentiment toward giving will continue or whether the next bonus will go toward a sailboat or a rolls.