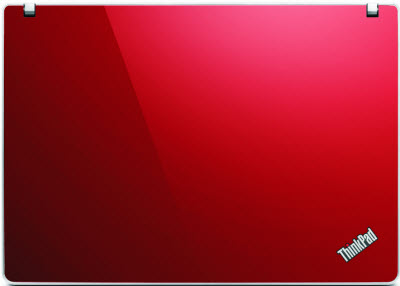 Lenovo is kicking off the new year with a series of new ThinkPad laptops for small businesses, including a number of low-cost options that include chips from Advanced Micro Devices. Lenovo is also offering a first for its business users: the choice of color in a laptop.

The ThinkPad Edge, debuting at the Consumer Electronics Show, has a new industrial design that brings some of the sexy look of  consumer laptops to small business machines. The Windows 7 machine comes in black and “heat wave red.

This color option is a big step, since Lenovo has been identified with conservative business designs forever (including the days when ThinkPad belonged to IBM). The company says the machines are still built for performance, productivity, reliability and security.

But the marketing folks have noticed that people tend to take pride in having cool-looking laptops, whether they’re business people or not, said Charles Sune, worldwide segment manager at Lenovo, in an interview. The whole goal is to re-energize the ThinkPad brand, which some view as strait-laced.

The choice of AMD Turion X2 and Athlon X2 processors in some of the machines is an important victory for AMD, which needs all of the design wins it can get in its battle with Intel. Lenovo has a lot of market share and it has been an Intel shop on its ThinkPad business line, although it has used AMD chips in consumer models. It shows that Lenovo is paying attention to the price-consciousness of recession-battered small businesses.

Lenovo is participating in the AMD Vision Pro branding campaign, which seeks to simplify the selling process for small business owners by classifying the computers into simple usage categories. Prices start at $549.

The Edge machines also have a choice of high resolution cameras, optional 3G and 4G wireless, Skype for Internet calling and other features. There are four models in the Edge series, including models with 13 inch, 14 inch, and 15 inch screens. The laptops are smaller since Lenovo removed the numbered keypads on the keyboard. The 14-inch and 15-inch models (both available in the second quarter) will come with illuminated keyboards so you can see the keys on a darkened airplane. The 14-inch version will be available at Best Buy, a new channel for Lenovo. 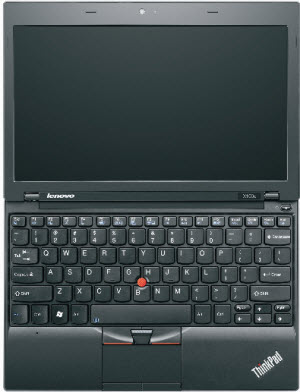 Lenovo is also launching its first entry in the “ultraportable” laptop market, the ThinkPad X100e (right). The company bills the laptop as the first professional-grade ultraportable laptop below $500. It also uses an AMD processor and the AMD Vision Pro branding. Options include AMD Athlon Neo single-core or dual-core processors (cores refer to how many processing brains are on each chip). The laptop is available now and sells for as little as $449.

The machine can run corporate operating systems such as Microsoft Windows 7 Professional, and it comes with Lenovo’s corporate-focused manageability features. It has an 11.6-inch display, a full-sized keyboard, and a choice of black or heatwave red colors. While it’s small, Lenovo is not calling it a “netbook” because it can run most applications, and it isn’t using Intel’s Atom processors.

But for those who want the tried and true “classic” ThinkPad, Lenovo is offering four new models. These are the T410s, T410, T510, and the W510 (a mobile workstation). They will use Intel’s newest dual-core microprocessors and are built for performance. The machines weigh under three pounds and have 802.11n Wi-Fi, and optional Bluetooth and 3G.

The battery life is as high as 22 hours, and the screens include options for multitouch. The 410s is aimed at extremely mobile users; the T410 and T510 are aimed at mainstream business users who want full performance; and the W510 is aimed at professionals in graphics-demanding fields like oil and gas, computer-aided design, and photography.