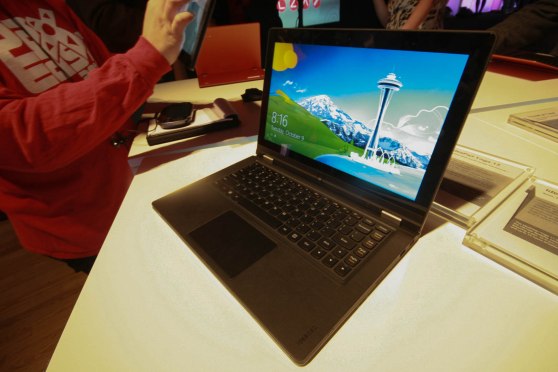 Lenovo’s PC marketshare surge over the past year may have finally pushed the Chinese company to the top.

According to the latest numbers from research firm Gartner, Lenovo now commands 15.7 percent of the PC market, topping HP’s 15.5 percent share by a hair.

But while Lenovo is on top in Gartner’s eyes, rival research firm IDC tells a different story, as HP points out.

“While there are a variety of PC share reports in the market, some don’t measure the market in its entirety. The IDC analysis includes the very important workstation segment and therefore is more comprehensive.  In that IDC report, HP occupies the No. 1 position in PCs,” HP said in a statement to VentureBeat.

So it appears that we’re dealing with a veritable Schrödinger’s cat of PC marketshare: Lenovo is simultaneously in first and in second, depending on whose numbers you use.

On top or not,  it’s increasingly clear that Lenovo’s accession to first place is just a matter of time. In just a year, the company has swiped ten percent of the PC market, even as the larger market has fallen into a slump.  That’s a tough feat to pull off, and it stands in contrast to HP’s loosening grip on its own PC efforts (and everything else, for that matter.)