At CES 2018 in Las Vegas today, Lenovo unveiled the world’s first standalone Daydream VR headset: Lenovo Mirage Solo. The device does not require being tethered to a PC via a wire like powerful VR headsets (HTC Vive and Oculus Rift), but it also does not require a phone like cheap VR headsets (Daydream and Gear VR). Lenovo today also launched the Lenovo Mirage Camera with Daydream technology for capturing VR video in 180 degrees, which you can then watch on the Mirage Solo (and on Cardboard and Daydream devices).

At its I/O 2017 developer event in May, Google announced it is working on standalone Daydream VR headsets with hardware partners HTC and Lenovo. No pricing was shared at the time, and that remains true today, meaning we have no idea where it will land on the price scale alongside Facebook’s Oculus Go for $200.

Update: After conflicting reports on pricing, we reached out to Lenovo, and the company confirmed that the price has still not been finalized. “Lenovo is targeting pricing under $400 for Mirage Solo in the U.S., and targeting under $300 for Mirage Camera in the U.S.,” a Lenovo spokesperson told VentureBeat. 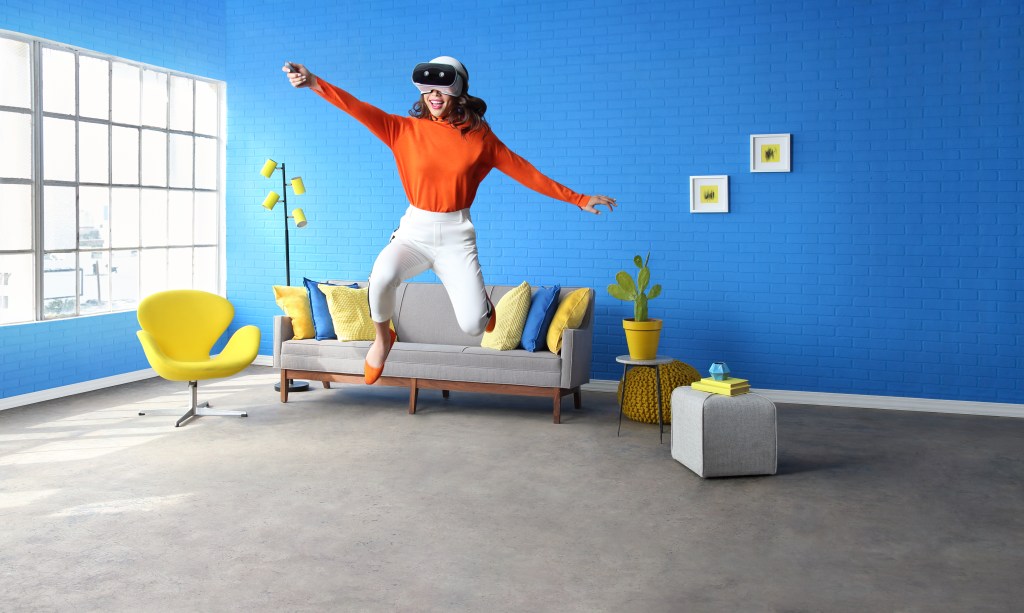 WorldSense is Google’s positional tracking system that does not require external sensors to track the user’s movement. In short, it lets you move around and explore your virtual environments with just the headset on — no need to set up a room specifically for virtual reality — thanks to built-in tracking cameras and sensors.

“It’s based on years of investment in simultaneous localization and mapping, and it enables PC-quality positional tracking on a mobile device without the need for any additional external sensors,” Google VP of virtual and augmented reality Clay Bavor explained. “WorldSense lets you duck, dodge and lean, and to step backwards, forwards, and side to side, unlocking new gameplay elements that bring the virtual world to life. WorldSense tracking and Mirage Solo’s high performance graphics mean that the objects you see will stay fixed in place just like in the real world, no matter which way you tilt or move your head.” 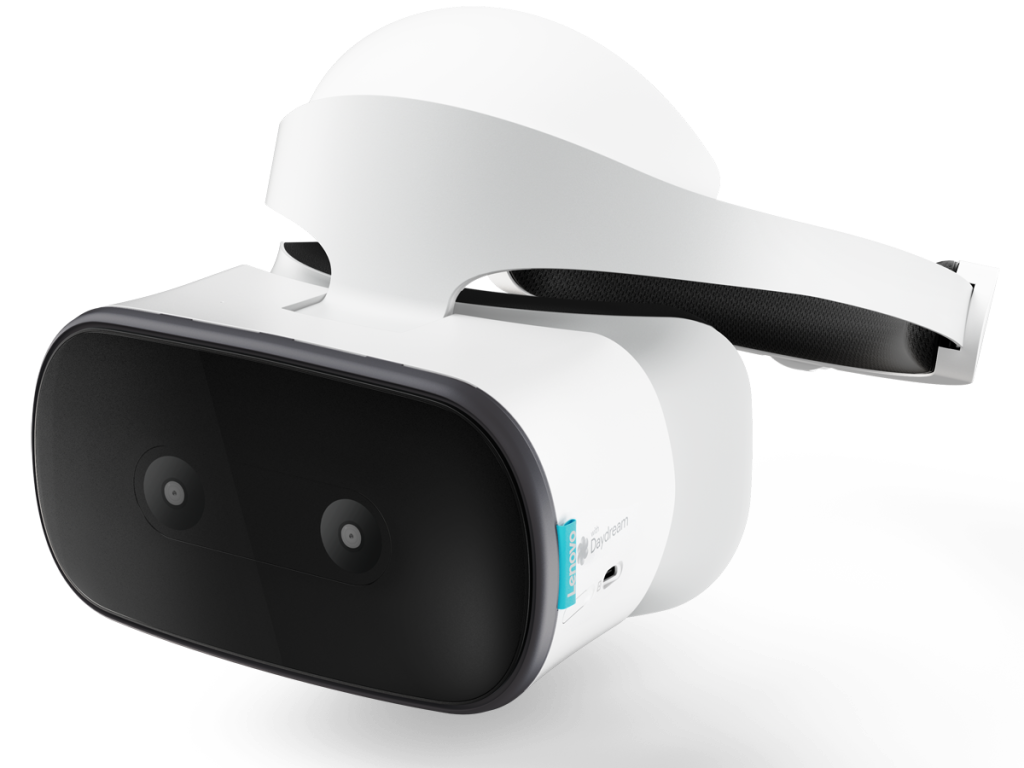 The Mirage Solo is powered by a Qualcomm Snapdragon 835 processor, 4GB of RAM, 64GB UFS of storage (expandable up to 256GB by microSD slot), and a 4000 mAh battery, hence no need for a smartphone. It also promises a 110-degree field of view, an advanced blur-free display, and up to seven hours of battery life on a single charge. The headset features quick release buttons for visor adjustments, plus dials and size accommodations for various face shapes, visual aids (such as glasses), and head proportions.

“Since most headsets bear an excess of weight towards the front, we engineered the headset for a more even load distribution and balance to reduce strain on the wearer,” Lenovo said. “We also lined the areas that touch your face and forehead with breathable, insulated contoured padding for maximum comfort. This gives you an ergonomic headset that looks and feels like something you want to wear.” The Mirage Solo also offers built-in casting support, so you can stream your virtual experiences to your TV for friends and family to follow along. Like the Daydream View, the Lenovo Mirage Solo also comes with a wireless controller that has a clickable trackpad, app and home buttons, and a volume rocker. In addition to navigation, the controller can also be used as a baseball bat, steering wheel, or whatever fits the given app or game.

Speaking of apps and games: Back at I/O 2017, Google shared that the Daydream platform has “more than 150 apps” — Facebook and Samsung’s Gear VR store had over 1,000 when we counted at the time. Today, Google has bumped its figure to 250, and of course name-checked its own apps: Street View, Photos, Expeditions, and YouTube VR. Lenovo meanwhile promised to introduce “an impressive suite of apps that showcase the expanded Daydream ecosystem closer to the headset’s availability.”

Lenovo specifically highlighted that Daydream users will be able to “learn more about the Acropolis at Athens by exploring the ancient Greek citadel in person or search for clues to unravel a mystery surrounding fugitive Replicants in the congested streets of Blade Runner.” The latter example is no coincidence: Google and Lenovo tapped Alcon Media Group to release the a VR game called Blade Runner: Revelations.

The pitch, if you will:

Blade Runner: Revelations is a virtual reality experience based on the iconic Blade Runner universe in which users assume the role of Harper, a seasoned blade runner who unravels a twisted replicant plot that threatens the delicate balance of Los Angeles in 2023. Users will search for evidence with the help of their flying spinner, deadly blaster, and esper image reconstruction to try to solve the mystery in an immersive VR environment.

While Blade Runner: Revelations will be available for other Daydream headsets, it is of course “best experienced with the Lenovo Mirage Solo.”