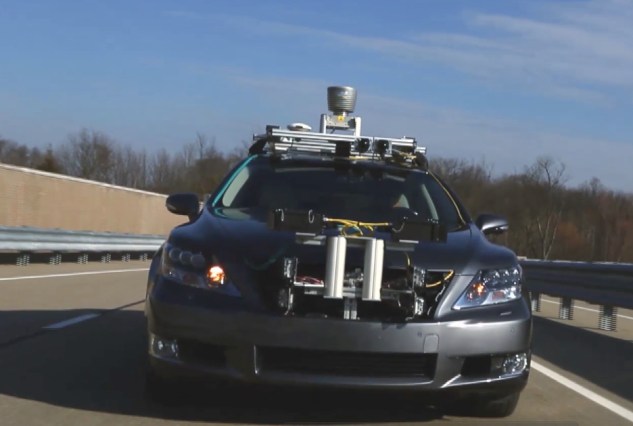 Not content to let Google receive all the hype for self-driving cars, both Toyota and Audi are showing off their own driverless solutions at the Consumer Electronics Show next week.

Toyota is showing off one of its luxury models, the Lexus LS 600h, equipped with radar and camera equipment (see video below). Audi hasn’t revealed much about its self-driving vehicle, but it notes that it’s bringing a car that can find a parking spot and park itself without a driver, reports the Wall Street Journal.

Automakers have been slowly adding computer-assisted features to their vehicles, like parallel parking assistance and the capability to nudge cars back into their lines if they veer out. But it was Google that proved fully autonomous vehicles are possible when it announced its ambitious project in late 2010 (at which point the cars had already covered more than 140,000 miles without human intervention). Google claims self-driving cars will ultimately save lives, since they remove the human element that’s often the cause of accidents.

Partially due to Google’s efforts, Nevada approved self-driving car regulations in early 2012 and granted Google a license to test its vehicles in that state.

Like the 1990s search engine companies who were trounced by Google’s breakthrough search, car companies will be quick to show they’re keeping up with Google’s self-driving innovations. For consumers, this race toward fully autonomous cars is a good thing. Within 10 or 20 years, adding self-driving capabilities to your car could be as easy as (and perhaps standard) as cruise control today.