Google’s Advanced Technology and Projects (ATAP) group today announced an update to the Project Jacquard touch-sensitive textile technology that it debuted last year. Building on its partnership with Google ATAP, Levi Strauss is making a commuter jacket featuring the technology. It’s coming out in spring 2017, with a limited beta coming this fall.

It’s called the Commuter Trucker Jacket, Levi’s vice president of innovation Paul Dillinger said at the Google I/O developer conference in Mountain View, California. It will let you access navigation, dismiss calls, and do other things while on the go, with a simple gesture.

There’s a flexible USB-enabled tag that will sit by the cuff, an app, and a set of Web services in addition to the jacket. 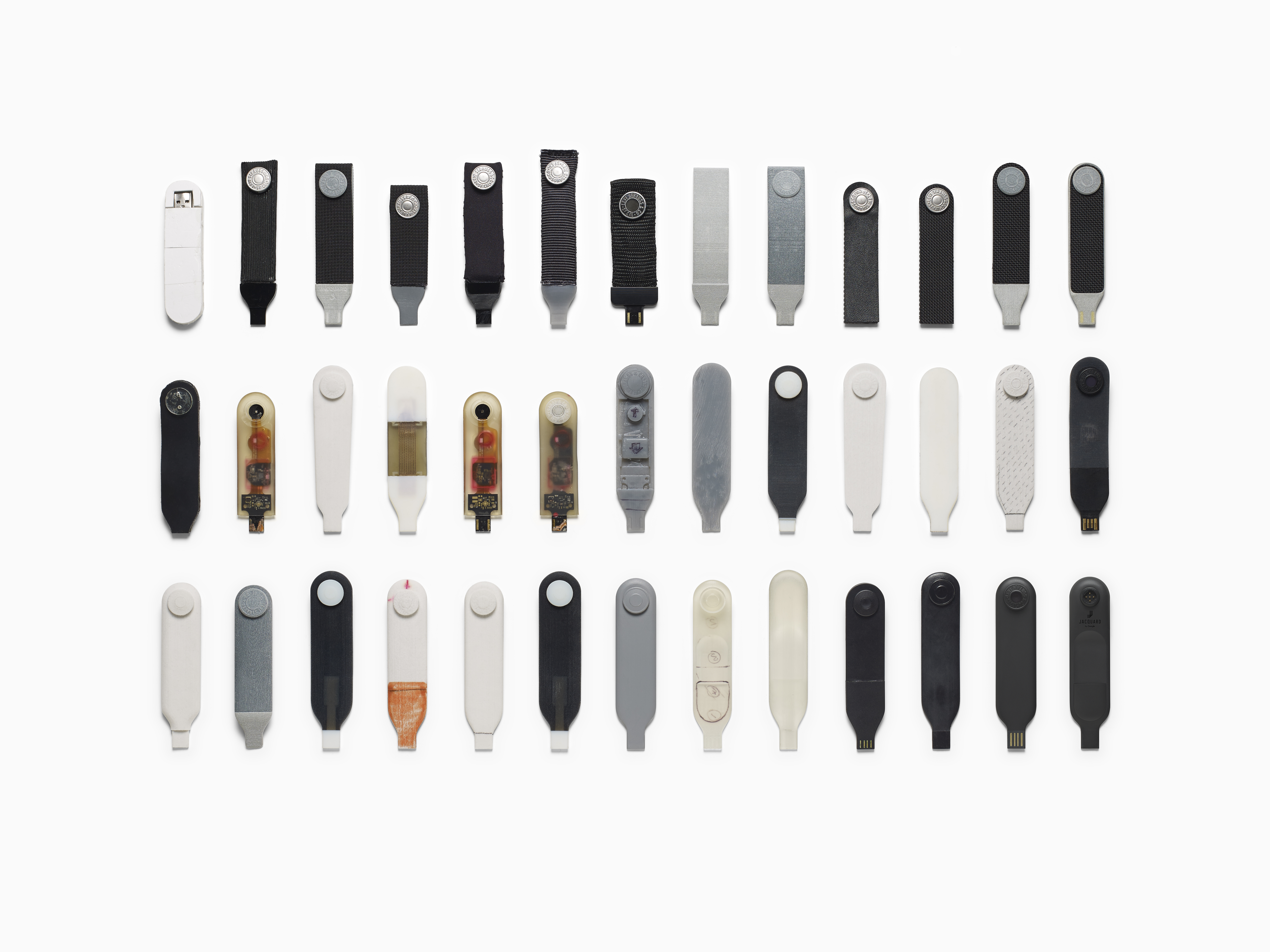 Above: Various implementations of the Google Project Jacquard tags for the Levi’s Commuter Trucker Jacket.

Google Maps, Google Play, Spotify, and Strava will be supported — and there will be APIs that will let developers build their own custom services for this technology.

“If you get this thing dirty, you put it in the washing machine,” Dillinger said.

The innovation-oriented ATAP group — you know, the one with the motto “we like epic shit” — has done a lot of fascinating things before. The division came to Google as part of the Motorola Mobility acquisition, and it was the only thing Google kept before selling the rest to Lenovo. Not surprisingly, it has done a lot of hardware projects — alongside Project Jacquard, last year the group debuted Project Soli, a radar device that picks up on gestures. There was also the Project Vault encrypted microSD card.

But ATAP is also behind the Project Tango augmented reality technology that is close to being shipped in a consumer smartphone from Lenovo.

In addition to the Jacquard and Soli updates, Google has been working on the Abacus authentication technology it talked about at I/O last year. Later this year there will be a Trust application programming interface (API) that Android developers will be able to incorporate into their applications, said Dan Kaufman — another DARPA alum who replaced Dugan as ATAP head.