South Korean electronics giant LG kicked off Wednesday morning press conferences at CES 2017 by saying its appliances are being infused with artificial intelligence, robots, cloud, and Internet of Things technology.

Those are the buzzwords of the big tech trade show in Las Vegas this week. Skott Ahn, president and chief technology officer of LG Electronics, said it is using all of those technologies to deliver better home appliances and digital products in this year’s lineup of products.

The company teamed up with Amazon to integrate Alexa voice technologies into LG’s products such as the InstaView refrigerator. It remains up to LG to prove to consumers that the combination of LG products and Amazon is better than all of the other technologies at the show that will have Alexa integration — and that it’s worth the extra price tag that smart devices carry. 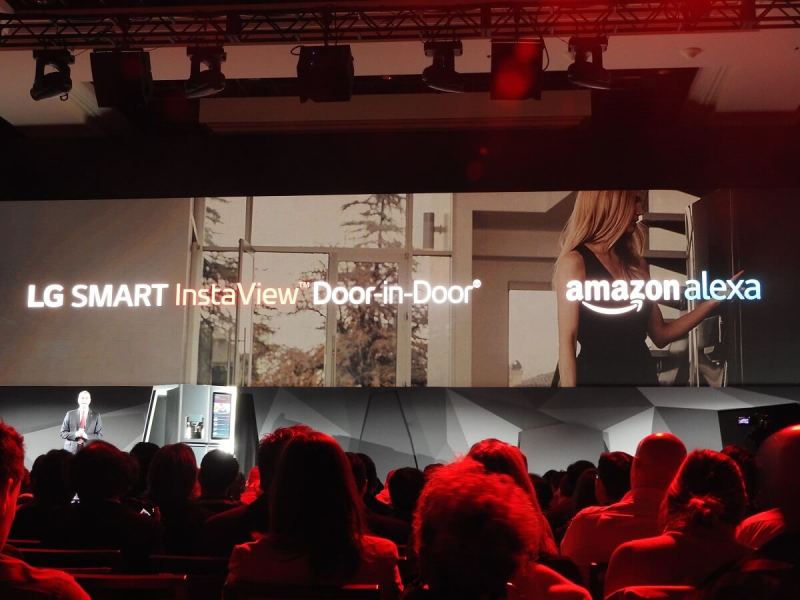 Above: LG and Amazon have teamed up.

David VanderWaal, vice president of marketing at LG, said that all of the company’s appliances now have built-in Wi-Fi connectivity. Robot vacuum cleaners now learn about obstacles in front of them, asking humans to move to the side or moving around a nest of wires. Smart air conditioners will use LG’s DeepThinq technology to focus on energy-efficient cooling by tracking where your family is in the home and focusing the cooling on those areas. 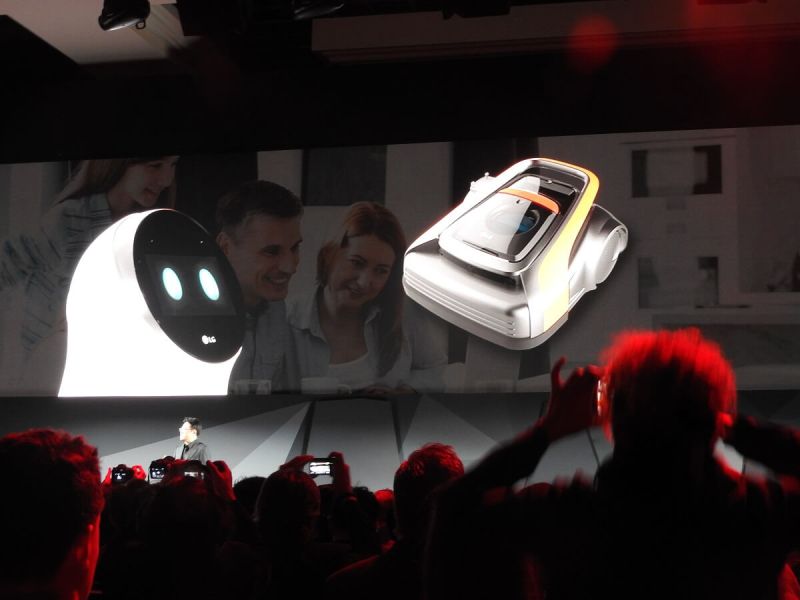 LG also has an InstaView refrigerator, with the WebOS operating system, so that you can look up recipes and stream video on the refrigerator’s 29-inch touchscreen display. You can peek inside the refrigerator without opening the door with the InstaView function. And it can order your groceries for you.

Mike George of Amazon said on stage that you can use voice commands with Alexa to add things to your shopping list, check the weather, and play music.

LG also created its Hub Robot as a home service and convenience servant. It can play your music, monitor your home energy, and keep tabs on your home’s security. LG also has a mowing robot and a guide robot for airports. 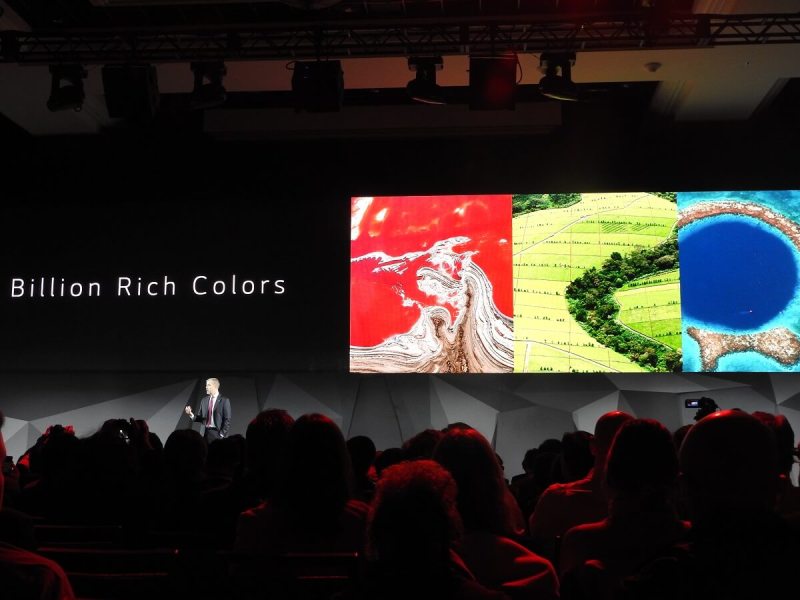 Above: LG has Nano Cell technology for its latest TVs.

LG is also involved with cars, creating a driver state monitoring system to keep drivers alert. It is working on advanced driver assistant systems, and it is leveraging 5G technology to connect cars.

On the TV front, LG announced its Nano Cell technology to deliver more accurate, intense colors, and luminance. It can render a billion colors and reduce onscreen glow. It is also working to completely eliminate the sweet spot for viewing a TV by using Nano Cell to create wider viewing angles.

LG also announced new organic light-emitting diode (OLED) TVs at the high end of its lineup, with 75-inch and 65-inch 4K OLED models. The TVs have Dolby Vision and Dolby Atmos surround sound and visual technologies. One of the TVs, the LG Signature OLED TV W, is a “wallpaper TV” that is just a tenth of an inch thick, or 2.57 millimeters.

And LG debuted its 4K Blu-ray player as well.