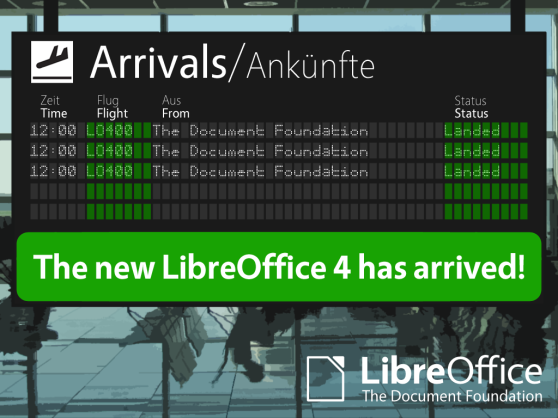 It’s taken it a few years, but The Document Foundation has finally created the LibreOffice its aways wanted.

The new version of the open source office suite adds better collaboration tools, text comments, and major compatibility improvements with various document formats (including DOCX) and content management systems. If you’re looking to escape Microsoft Office, now is not a bad time to do it.

Launched in 2010, LibreOffice is an open source alternative to the office suite Goliath that is Microsoft Office. A fork of Open Office (which you are probably more familiar with) LibreOffice has quickly become the largest independent software project of its kind.

Overall, The Document Foundation says that over 500 developers submitted over 10,000 lines of code with LibreOffice 4.0. That probably doesn’t mean much to you, but it does prove just how much effort was put into the latest release.