Females are 79 percent more likely to complete an in-app purchase after installing a mobile game, according to a report about mobile games by a mobile user acquisition firm Liftoff.

That’s just one piece of data in the Liftoff 2018 Mobile Gaming Apps Report, based on 46.7 billion impressions and other data collected from June 1, 2017 to May 31, 2018. Females make purchases of in-app content about 16.7 percent of the time after installing an app.

That means that creating user-acquisition campaigns targeted at women will be key for marketers, said Mark Ellis, CEO of Palo Alto, California-based Liftoff, in an interview with GamesBeat. Liftoff focuses its user acquisition efforts on cost per action, such as the cost for a user to do something like make a purchase after downloading an app.

Above: Liftoff’s view of gaming app costs and conversions from advertisements.

“Women are a lucrative audience, and it takes a different strategy to target women,” Ellis said. “They are more lucrative on cost per action campaigns,” where the focus is not simply to get them to download an app but to also do something on top of that, like making a purchase.

Ellis said he believes we’re in a “golden age of mobile game marketing” because the cost of acquiring users through advertisements is decreasing at all stages while the performance of the ads, or post-install conversion rates, is improving. For instance, the install-to-purchase rate for all users is 13.4 percent, up 67 percent from a year earlier. Globally , the cost to acquire a user who completes an in-app purchase is $28.05, compared to $50.69 in 2017.

And as multi-platform gaming sensations like Fortnite bring high-quality play experiences to smartphones, gamers are spending more money on games — in all its forms and formats — than any other kind of entertainment, Liftoff said. 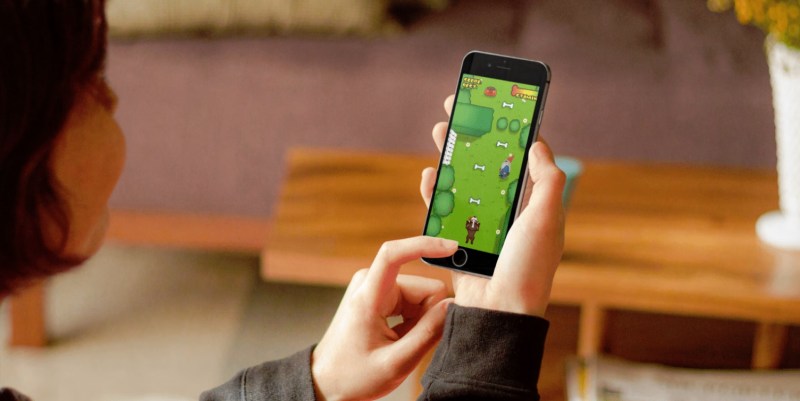 Above: The cost to acquire a North American user who makes an in-app purchase is $21.42.

Liftoff also said that it is more expensive to acquire an iOS gamer, at $11.08, compared to $6.37 per gamer on Android. But the iOS gamers are a better value, as the in-app purchase conversion rate for iOS gamers is 21 percent, or nearly double that of Android gamers at 10.8 percent.

“They’re more valuable from an overall view of the lifetime value of the iOS user,” Ellis said.

But the Android numbers are growing, as 1.5 million new Android devices are activated daily, and Android users are more likely to register after downloading an app, at a rate of 52 percent, compared to 43.6 percent for Apple.

Liftoff said that Russia recently emerged as the fifth largest app market in the world, buoyed by the strength of mobile gaming. Plus, with Russia’s app market dominated primarily by Android, the regional spike could just tip the scales in the ever-running platform wars.

Plus, with a low engagement rate of 3.68 percent, and acquisition costs three times that of EMEA at $71.02, it appears that this year’s emerging market prize has shifted.

Liftoff found that the post-holiday season saw the greatest opportunity for gaming app marketers. As holiday cheer fades, mobile users seek entertainment in gaming apps, making January a treasure trove for acquisition: the cost to acquire a user who makes an in-app purchase hits an annual valley ($18.13) while engagement rates soar at 22.4 percent, their highest of the year.

As for advice for mobile game developers who place advertisements, Ellis said, “You have to make sure it is penciling out for you and that people will convert based on the ad. That means you should focus more on how you do your performance marketing.”