Holographic display maker Light Field Lab and graphics software firm Otoy have teamed up to turn the Star Trek Holodeck into a reality.

The Holodeck, which Star Trek movies and shows depict as a perfect virtual reality space where people can live out their fantasies, is one of the long-sought dreams of the technological world.

San Jose, California-based Light Field Lab is making holographic displays that can be assembled from small building blocks into huge 3D image displays while Otoy makes software tools that can be used to fashion highly realistic digital films and games.

“We are building what we like to think of the next generation beyond augmented reality and virtual reality,” said Jon Karafin, CEO of Light Field Lab, speaking at Greenlight Insight’s VRS event last week in San Francisco. 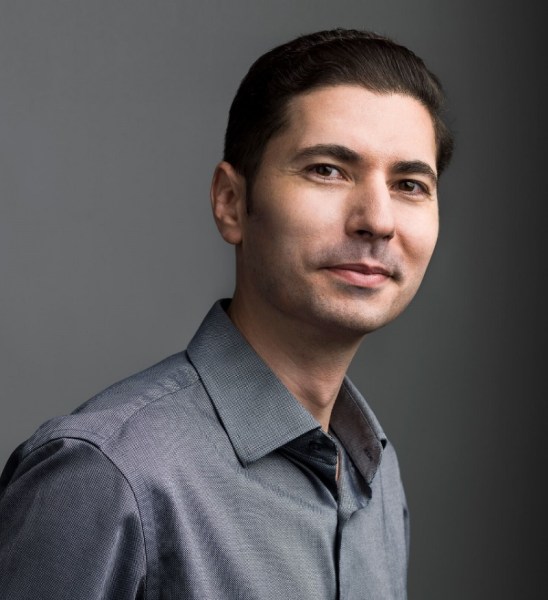 Above: Jon Karafin is CEO of Light Field Lab.

“Otoy has created the capture, rendering and streaming technology for the industry to transition to holographic content development, as well as the RNDR blockchain for IP rights and distribution,” said Emanuel in a statement. “We’re excited to use this platform to bring true holographic content to Light Field Lab’s displays, which will give consumers unbelievable experiences, without the burden of 3D glasses or VR headsets.”

I saw some cool renderings of what it has in mind last week at the VRS event. Karafin said there is a huge amount of skepticism around the word “hologram,” as people have been trying to reproduce cool 3D animations that appear to float before your eyes for decades.

“The entire concept of a hologram is possible,” Karafin said in his talk. 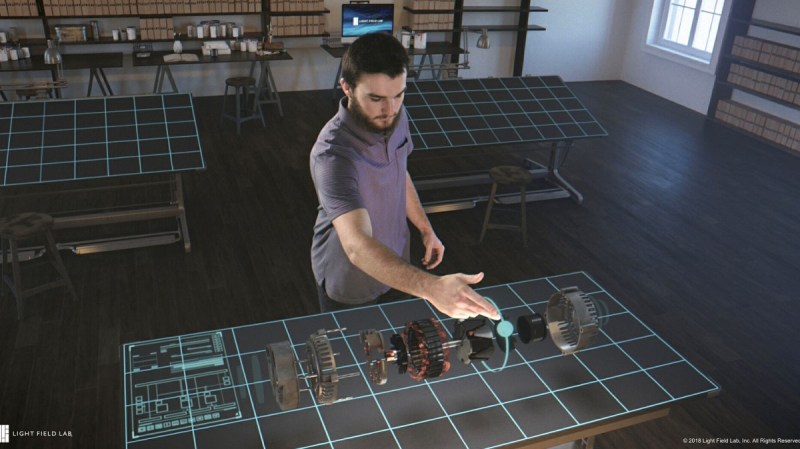 Above: You’ll be able to touch holograms in the distant future. This is a future concept visualization.

“I see a lot of display technology marketed as 3D holograms,” said Kerris in a statement. “However, most of the things I see are actually just gimmicks. The holographic displays being developed by Light Field Lab, with Otoy’s 3D content, truly [do] have the potential to be the game changer we’ve been waiting for. The combination of breakthroughs in both rendering and display technologies could very well mark the beginning of a next-gen media revolution.”

Kerris continued, “Your eyes freely focus on holographic objects without the need to wear glasses to see the 3D. The experience is unlike anything I’ve experienced and gives me hope on seeing their vision of the Holodeck eventually come true.”

Both Light Field Lab and Otoy want to bring these experiences to professional and consumer markets — alongside an end-to-end content-creation-and-distribution ecosystem — with the ultimate shared vision to enable the Star Trek Holodeck.

“The concept of the Holodeck was extremely important to my father as well as the Star Trek Universe,” said Rod Roddenberry about his late father, Gene Roddenberry, the creator of Star Trek, in a statement. “I want to see Star Trek’s technologies made real, and for the very first time, now believe that a real Holodeck is no longer limited to science fiction. Although it’s early days, my father would be beyond excited to know his vision is coming into reality thanks to Otoy’s trailblazing light field rendering, and the revolutionary holographic display systems created at Light Field Lab.” 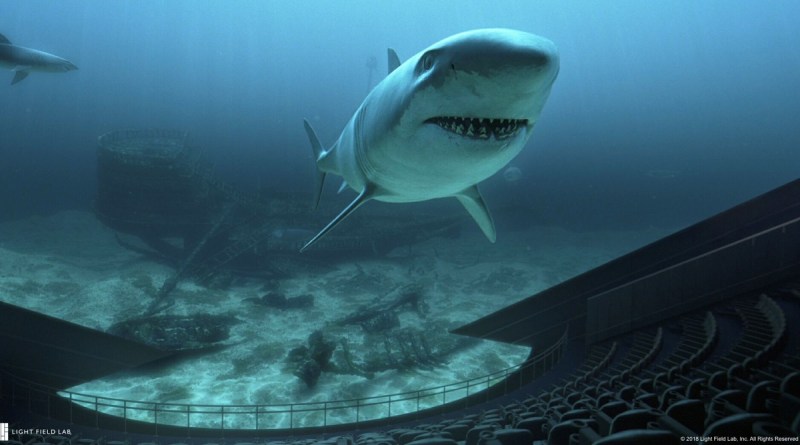 Above: Light Field Lab promises cool holograms. This is a future concept visualization.

Endeavor-backed holographic experiences will feature in a slate of upcoming projects and campaigns. Prototypes and future products will include content that Otoy’s real-time light field physics engine and cloud architecture has rendered — led by the RNDR blockchain GPU compute network.