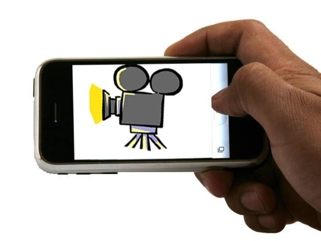 There’s been a ton of rumors surrounding the next-generation iPhone hardware following Apple’s preview of its 3.0 software for the device. The one I keep harping on is the possibility that the device will be able to record video with its camera. Now, there may be some further evidence of that.

At least one of the new iPhone models (yes, rumor has it there’s more than one) will include video recording capabilities, an “extrememly reliable” source tells AppleInsider. And that’s not all.

The same source says that the new iPhone will be able to take higher resolution still pictures. And AppleInsider notes that these upgrades are just a couple of several coming to the new device. Another one the source mentioned is “a significant boost to gaming hardware.” With gaming exploding on the iPhone, this makes a lot of sense.

The possibility of video recording is great news for services like Qik, which sends live streaming video over the Internet. The company has had an app working for some time but only on jailbroken iPhones (ones that bypass the App Store for installation).

Earlier today, Silicon Alley Insider reported that the next version of the iPhone might boast faster Internet speeds. The report was light on details, but obviously, such a feature would greatly help sending video out over the Internet.