Flying cars have long been the centerpiece of fantastical future visions, but personal flying machines never quite materialized. One startup, however, is looking to change that.

Lilium Aviation has today announced a €10 million ($10.7 million) funding round from Skype cofounder Niklas Zennström’s Atomico, to create a world “in which everyone can fly anywhere, anytime,” the company says. But the electric Lilium jet isn’t a car as such — it doesn’t have wheels.

The jet remains a prototype for now, but with its latest funding round the company is looking to expedite development, with flight-testing kicking off in early 2017 ahead of commercial production. 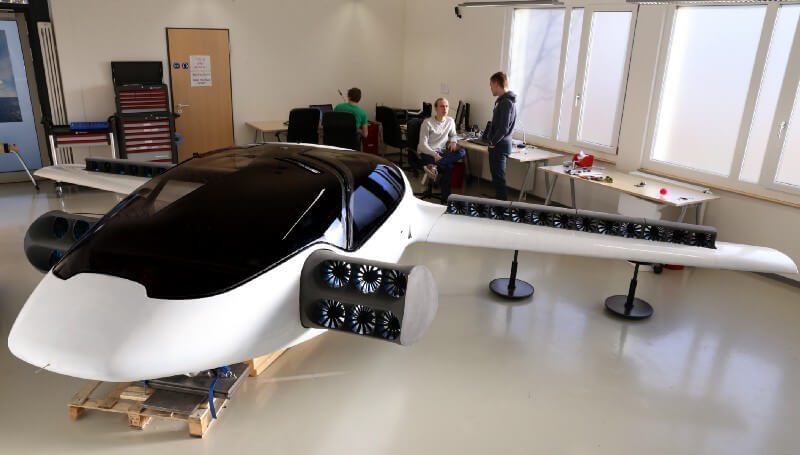 The problem that Lilium is trying to fix is one that some technology giants are addressing through other means. For example, one of Uber’s stated goals is to cut down on the number of cars on the roads by giving everyone access to their own private driver through their smartphone, something that will likely be expedited with the advance of autonomous car technology.

Lilium anticipates that its jets will have a similar impact on conurbations’ transport infrastructure. “Our cities are heading for perpetual gridlock, choked by an ever-growing number of cars  —  1.2 billion today, rising to an estimated 2 billion by 2035,” Lilium said, in a blog post announcing the funding.

Key to its success is vertical take-off and landing — runways aren’t needed. The company hasn’t revealed how much the vehicles will cost, but it has said there will be space for two passengers, and the jet has an estimated cruising velocity of 250 to 300 km/h (160 to 190 mph) and a range of around 300 km (190 miles). The company noted that it expects businesses to crop up around its technology, including air taxi services and ride-sharing services.

Lilium isn’t the only company operating in this space — Massachusetts-based Terrafugia promises something similar, and recently received approval from the Federal Aviation Administration (FAA) that will help pave the way to getting unmanned passenger vehicles in the skies by 2018.