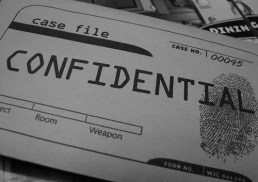 Congress is winding up to give LimeWire hell again. The peer-to-peer file-sharing service apparently still poses a risk to users who store personal information on their computers, according to the House Committee on Government Reform.

As a free service that allows users to share locally stored files over the internet, LimeWire has been a lightning rod for controversy. Over the years, the service has been scorned as a method for trading copyrighted content like music and movies, and on a much more serious note, inadvertently enabling identity theft and the spread of malware. In 2007 LimeWire underwent congressional hearings over the issue of its users unwittingly sharing sensitive documents like tax returns. But despite LimeWire’s pledge to bolster security and educate its users, Congress is now saying there’s still room for improvement.

In a recent letter to LimeWire executives, Representatives Adolphus Towns (D-NY) and Darrell E. Issa (R-CA) cite up-to-date reports of inadvertent document leaks via P2P services as reason to revisit the issue. Of note are reports of over 620,000 leaked credit reports, 25,800 student loan applications, and even the recent case of purloined blueprints for President Obama’s helicopter, Marine One. Rounding out the renewed probe are queries to the Justice Department and Federal Trade Commission requesting proof of investigation in the matter since the 2007 hearing.

Despite the recent dust up over the issue, one has to step back and wonder — is LimeWire really to blame? As the 2007 hearings revealed, the service itself doesn’t harbor any nefarious intent. A number of the previous cases where documents were leaked were due to users unwittingly storing files in directories whose contents were earmarked for file-sharing (i.e., “C:Documents and SettingsUserMyDocuments”). In light of this development, LimeWire says it has since tweaked its default settings to protect inexperienced users from these risks. Of course, this raises the question: Where does LimeWire’s responsibility end and its users’ responsibility begin?

Prior to last week I would have confidently called this one in favor of LimeWire. But with this probe coming so soon after Swedish courts convicted The Pirate Bay, a file-sharing search engine, for assisting its users in breaking copyright law, I’m not so sure anymore.